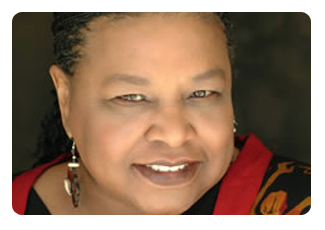 Billie Jean Young is Artist-In-Residence on the faculty of Judson College in Marion, Alabama. The talented Choctaw County native, born July 21, 1947, is poet, author, actor, activist, and educator, and has spent a lifetime merging her various talents into a unique and multi-faceted career focused on the Civil Rights Movement, rural women and Alabama Blackbelt life. Billie Jean Young was educated in the public schools of Choctaw County. She is a graduate of Judson College and she holds a Juris Doctorate from Samford University’s Cumberland School of Law.

Young is a prolific writer. Her book of poems, Fear Not the Fall,(2004)includes her one-woman play, Fannie Lou Hamer: This Little Light… which Young has performed for twenty seven years throughout the U.S., and abroad on four continents. Her newest book entitled, Now How You Do? A Memoir (2010) is a book of letters written by an Alabama woman, Susie M. Young, to her daughters. The letters cover a span of thirty years and provide a running commentary on life in the impoverished Alabama Blackbelt. Besides her best known play about Mississippi freedom fighter Fannie Lou Hamer, Young has written and directed several other plays with Civil Rights Movement heroes, among them: JimmyLee (2009) which commemorates the contributions of Jimmie Lee Jackson of Perry County, and Oh, Mary, Don’t You Weep: the Margaret Ann Knott Legacy, (2007) which memorializes the martydom of Margaret Ann Knott of Choctaw County.

Prior to her tenure at Judson, Young served with distinction in the Department of Speech and Dramatic Art at Jackson State University before returning to her native Alabama which she loves. She has toiled equally as an activist and servant leader and began her early career for the Southwest Alabama Farmers Cooperative Association helping small farmers receive a fare price for their crops. She went on to become a founder of two women’s organization, the Southern Rural Women’s Network and the Southwest Alabama Association of Rural and Minority Women. Later, she became founding chairwoman of the Rural Development Leadership Network which educates and credentials rural people who want to earn a master’s degree in development.

A 1984 recipient of the prestigious MacArthur Fellows Award, Young also received the Congressional Black Caucus’ On the Road to Freedom Award when she led a pilgrimage from Alabama to Boston to commemorate the 40th anniversary of Fannie Lou Hamer’s historic 1964 speech before the Democratic National Convention. She received the Mississippi Governor’s Award for Artistic Achievement in 1994.

In her life and work, Young – poet, author, actor, activist, and educator – seeks to heed her own admonition: “We cannot entrust our stories to anyone else’s telling. We must tell them ourselves, we must be the preservers of our own truths.”