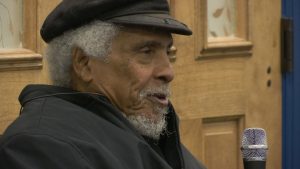 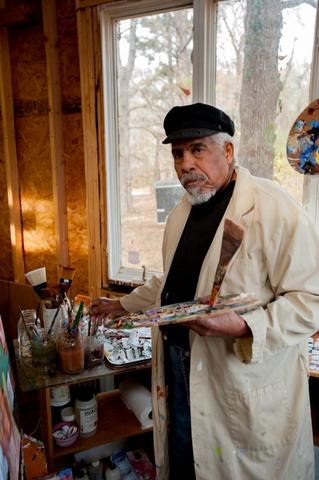 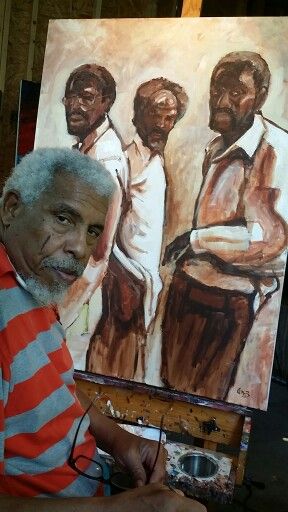 Few people can rival the myriad achievements accomplished by Arthur ‘Art’ Bacon. He is truly an unsung artist, activist, scientist, historian and scholar.

Bacon was born in West Palm Beach, but lived in several places in and out of the state of Florida. Recognized early, his talent for art won him many prizes and awards, long before he graduated from high school.

After graduating from high school, Bacon enrolled at Talladega College and majored in biology. Although a science major, Bacon enhanced his artistic skills by enrolling in art courses as electives. Fortunately for Bacon those electives were taught by David Driskell, renowned artist, art historian and curator. One year, Bacon earned the college’s Armstrong Award for Creative Ability.

During his senior year Bacon was severely beaten for sitting in the “wrong” waiting room at a train station in Anniston, Alabama. This event only increased his determination to succeed at both art and science.

In graduate school, at Howard University, Bacon’s involvement in his passion was limited to illustrations for scientific papers—he had little time for other things. He received his M.S. and Ph.D., in 1963 and 1967, respectively. He is credited with discovering a new species of protozoa.

Following a year as the first Black postdoctoral researcher at the University of Miami, Bacon returned to his alma mater as a science administrator and member of the biology faculty.

Under his leadership as Dean of Natural Sciences and Mathematics, Peterson’s Guide to Colleges and Universities included Talladega College in its publication on the “Top 200 Undergraduate Science Programs in the Country.”

Bacon would also resume painting and exhibiting his work. In his first professional art competition, Bacon won second prize and sold 30 works. Since that show, he has held many exhibitions and won many prizes. Some of the cities where he has exhibited include Atlanta, New York, Berkeley, Calif., Birmingham and Washington, DC.

People are Bacon’s subjects of choice, especially older and neglected people whose experiences show in their faces. In the early days, he worked almost exclusively with ink washes and lines, very little color. He was a minimalist and believed that color interfered with his expression of feelings. He now uses more color and acrylics and a number of other media and techniques, often combining several. However, he still likes lines and his palette is still limited. 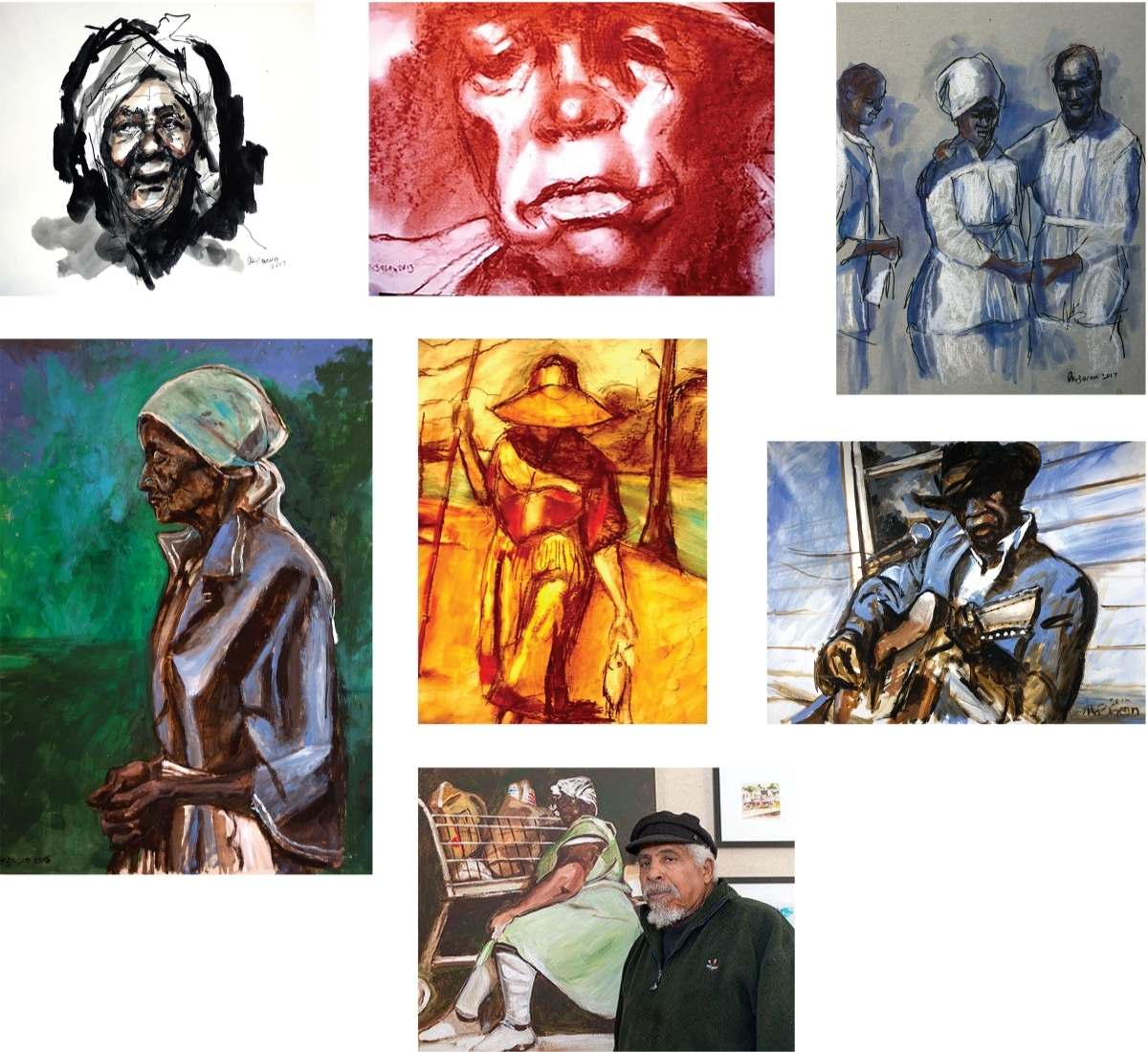 Among the long list of owners of Bacon’s paintings and drawings are Bill Cosby, the late Congressman John Lewis and Hank Thomas. Others include: Alabama State University, Birmingham Civil Rights Institute, Mobile Museum of Art, Heritage Hall Museum, University of Maryland, Comer Museum, and Opryland. He has also been featured in Southern Living and Lakeside magazines, online journal Black Art in America and other publications.

Bacon is now retired from Talladega College and was recently named Professor Emeritus of Natural Sciences and Humanities. He is painting more than ever and occasionally writes and recites poetry.