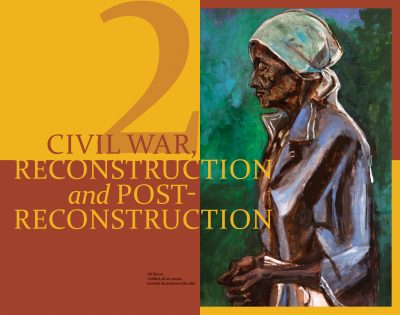 Following the Civil War, slavery was replaced by its evil twin, debt peonage.  This system of owning the labor of another person was just as bad as slavery.  At any given time, men, women, boys, and girls could be arrested by local law enforcement officers on real or imagined charges and shipped off to work at local plantations, coal mines, steel, and iron industries, for city and county governments, and even as servants for local families.

In many communities, those questions were answered for them by repressive laws contained in the Alabama Constitution.  Examples of those laws are listed below and make it clear that the laws were not intended to ensure equal treatment in a court of law.  “Black behavior” was criminalized and every action could be deemed as illegal.  Unable to pay fines and court costs, many of those arrested were found guilty and forced to work off their “debt” to society under difficult situations.  Of particular interest are the laws that allowed people of privilege to own the labor and wages of others and to even arbitrarily take children of African American descent from their parents on the pretense of providing apprenticeships.

No. 100    To prevent persons from interfering so as to induce laborers or servants to abandon their contract, or employ such without the consent of their original employer before the expiration of the contract . . .

Chapter 2 overview from The Future Emerges from the Past, Celebrating 200 Years of Alabama African American History & Culture.
Cover Image: Art Bacon, Untitled, oil on canvas.  Used with permission of the artist.