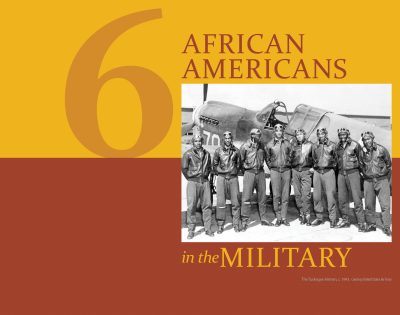 African Americans in the Military

“JOINT RESOLUTION Declaring that a state of war exists between the Imperial Government of Japan and the Government and the people of the United States and making provisions to prosecute the same.

Whereas the Imperial Government of Japan has committed unprovoked acts of war against the Government and the people of the United States of America:

In every war, conflict, military skirmish, or other such effort aimed at securing and maintaining peace that this nation has ever participated in, African Americans served with distinction but seldom if never received the conqueror’s recognition, award, or reward.

Returning conquerors are usually welcomed home with displays of appreciation of a thankful people that took the form of flower strewn paths, cheers of the crowds, military and ticker tape parades down main streets in cities and towns.  All too often men and women of color who helped to secure long-fought victories were not included in the victory parades.

Following WWII, African Americans who had served in the military came back to the United States thinking that their service would allow, not only them, but, all African Americans to be treated as first class citizens.  That thought came to an abrupt halt as they made their journeys home and were required to use segregated facilities for the trip home on segregated trains and ships.  On ships, they were forced to walk down different sides of the gang plank based on race.  One veteran remarked that he “did not understand how German prisoners of war could sit and eat with white military personnel while they, African American military personnel, were forced to use segregated facilities.“

When the train or ship reached the point for them to muster-out and disembark, African Americans were not allowed to do so until after the parade and/or other celebration had ended.  Only then, could they legally disembark and watch as the parade made its way down the ticker-tape littered streets of main streets across the USA.  Instead of being greeted with the cheers of appreciation, they were greeted by relative silence and signs of segregation that sought to undermine all they had accomplished.

I have always been told that it is never too late to say “thank you.”  This composition seeks, in some small way, to honor the brave African American men and women who served our nation in every branch of the military, in every military conflict that our nation has ever participated in.  We thank them for their service!  This is their long over-due, “Ticker Tape” Parade!

Chapter 6 overview from The Future Emerges from the Past, Celebrating 200 Years of Alabama African American History & Culture.