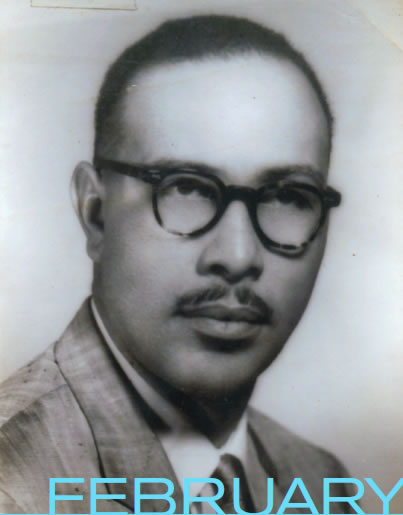 VERNON Z. CRAWFORD WAS BORN IN Mobile, Alabama in 1919 to Charles Crawford and Willie Ella Landrum. Following graduation from Mobile’s Josephine Allen Institute, Mr. Crawford served during World War II as a merchant seaman. In 1951, he graduated from Alabama State University with a Bachelor of Science degree. After college, Mr. Crawford attended Brooklyn Law School from which he graduated in 1956. Upon returning to Mobile, he established the city’s first African American law firm, which was located on Davis Avenue, the city’s center of African America life at the time.

Mr. Crawford’s law firm soon became an important force in using the legal system to bring social change. With a keen sense of legal precedent and the United States Constitution, Mr. Crawford confronted Jim Crow head on in the courtroom during the height of the civil rights movement with fierce determination. With his victories having ramifications still felt today, Mr. Crawford took on such groundbreaking issues as school desegregation, discriminatory jury selection, and minority vote dilution.

Some of the pivotal lawsuits handled by Mr. Crawford’s firm include the landmark constitutional law case, New York Times v. L. B. Sullivan, one of the key Supreme Court decisions supporting the freedom of the press. Because of this case, news organizations were free to report the widespread disorder and civil rights infringements at the time without fear of prosecution; State of Alabama v. Willie Seals, which had national ramifications and served as a precedent for the integration of juries throughout the South; Bolden v. City of Mobile, which challenged the constitutionality of Mobile’s commission form of municipal government and brought about the mayor-council system; Birdie Mae Davis v. Mobile County School Board, which brought about the desegregation of the Mobile County Public School System; and Broughton v. City of Mobile. While working pro bono for a white Kilby Prison inmate, Mr. Crawford successfully obtained the first writ of error coram nobis in the history of Mobile County.

“Lawyer” Crawford, as he was admiringly known, is remembered as the “Dean of African American attorneys” in Mobile having mentored many of the city’s successful African American lawyers. Among his law partners and associates were A. J. Cooper, who served as Prichard, Alabama’s first African American mayor; the late Michael Figures, who served in the Alabama State Senate and who is an inductee of the Alabama Lawyer’s Hall of Fame; the late Cain Kennedy, who was a Mobile County circuit judge; and David Coar, a United States district court judge. Mobile’s Black Lawyer’s Association honored Mr. Crawford by renaming the organization the Vernon Z. Crawford Bay Area Bar Association.

In addition to his law practice, Mr. Crawford was a cooperating attorney with the NAACP Legal Defense Fund, a founder of the Gulf Federal Savings and Loan in Mobile, and was active in a number of civic organizations. He continued a successful law practice in Mobile until his death in 1986. His legal papers are preserved today in the University of South Alabama Archives.