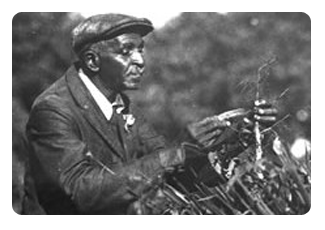 A slave who emerged as one of the world’s most renowned figures in agricultural chemistry, George Washington Carver was born near Diamond Grove, Missouri, in 1864 on a plantation. Like many black slaves during that time, his early life was filled with many adversities. During his infancy, his father died in an accident and when he was only a toddler, he became an orphan. After Carver and his mother were kidnapped by some Klansmen, Carver was bought back by his owner, Moses Carver, in exchange for a very expensive horse. During his early life, Carver experienced several bouts of sickness and was a very frail child. Due to his frailty Carver worked mostly alongside Susan Carver, his former owner’s wife, acquiring skills of laundering, gardening, and other housework activities. His laundry skills became his source of income during the years of his educational journey, and his early gardening experiences laid the foundation for his future career in agriculture.

From the young age of 10, he embarked on a long journey to quench his thirst for an education. Although he had acquired the skills of reading and writing from the Carvers, he desired more knowledge. He left the plantation of Mr. Moses Carver and moved to Neosho, Missouri, the location of the nearest school for blacks. After receiving a certificate of Merit in 1876 from the school in Neosho, he proceeded to another school in Minneapolis, Kansas, where he received his diploma. In 1890 he enrolled in Simpson College in Indianola, Iowa, where he would study music and art.

However, Carver believed that his mission from God was to become a teacher for people of his race. With this goal in mind, he decided it was best to change his educational focus from the arts to the sciences to better benefit his students in society. He enrolled in the State Agricultural College in Ames, Iowa (presently Iowa State University), where he was the first black to attend the college. From the college he acquired both his bachelor’s (1894) and master’s (1896) degrees.

Following his quest for knowledge, Carver began his career as an agricultural chemist. He worked as the assistant botanist in the Experiment Station at the Iowa State College and became the first black faculty member there as well. In 1896 he accepted an invitation from Booker T. Washington to become a staff member at Tuskegee Normal and Industrial Institute in Alabama. At Tuskegee, Carver held the title of Director of the Department of Agriculture and was authorized to serve as Director of the Agricultural Experiment Station by the Alabama Legislature. It was at Tuskegee that his career reached its pinnacle and he became widely known. In addition to teaching, Carver conducted wide-ranging research on soil building, cotton-growing, and the usage of the peanut, sweet potatoes, and many other southern plants. From his research, he invented over 300 products from peanuts, 100 products from sweet potatoes, and several other products from Alabama clay and cotton. Some of those products included foods, beverages, paints, dyes, medicines, ink, cosmetics, paper, household products, synthetic cotton and silk, linoleum, and rubber. He contributed to the peanut industry tremendously by providing several commercial and medicinal applications of the peanut.

Carver continued his career at Tuskegee until his death on January 5, 1943. Although he has no known relatives alive, Carver has left behind a legacy. He is universally known as “The Father of Chemurgy” and “The Peanut Wizard” and as one of the most eminent figures in science and agriculture. During his lifetime he received several awards, medals, scrolls, and acknowledgments. Even after his death his legacy lives on through his achievements and the creation of several museums and historic sites in his honor. Carver once said that, “No individual has any right to come into the world and go out of it without leaving behind him distinct and legitimate reasons for having passed through it.” His genius and perseverance in his career led him to be a globally acclaimed and accomplished gentleman; he has truly fulfilled his “distinct and legitimate reason for having passed through it.”