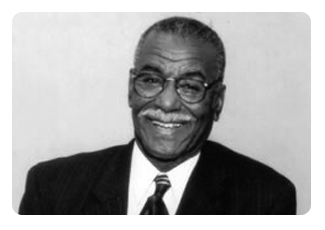 An alumnus of Selma University (1951) and Alabama State College (1952), Shuttlesworth later became pastor of Bethel Baptist Church in Birmingham, where he led mass meetings and established the Alabama Christian Movement for Human Rights (ACMHR). When the United States Supreme Court ruled that bus segregation in Montgomery, Ala., was illegal, Shuttlesworth immediately announced that the ACMHR was going to test segregation laws in Birmingham. His plans angered local leaders of the Ku Klux Klan, who bombed his home. Shuttlesworth, his family and a guest emerged unharmed from the blast. He led a protest rally the next day.

Always at the forefront of the fight for equality, Shuttlesworth suffered physically for his efforts. In 1957, he was beaten by an angry mob for trying to enroll his daughters in an all white school. That same year, he joined with Dr. Martin Luther King Jr., Ralph David Abernathy, Bayard Rustin and others to form the Southern Christian Leadership Conference (SCLC). He also assisted the Congress on Racial Equality (CORE) in organizing the Freedom Rides. Shuttlesworth was hospitalized in 1963 as a result of being attacked by Commissioner Eugene “Bull” Connor’s water cannons as he led a mass non-violent demonstration.

Shuttlesworth persuaded King to focus civil rights efforts in Birmingham. The subsequent protests drew national attention and helped to set the stage for legislation that later became the 1964 Civil Rights Act, which effectively ended segregation of public facilities in the United States.

In 2001, Shuttlesworth received the Presidential Medal of Freedom from President William J. Clinton and in 2004, the Jefferson Award for Humanitarian Service, constituting the two highest awards bestowed upon an American citizen by the federal government.

In July 2008, the Birmingham Airport Authority voted to honor Shuttlesworth by renaming the city’s airport, the largest in the state of Alabama, in his honor. His alma mater, Alabama State University, also named its main cafeteria the Fred L. Shuttlesworth Dining Hall, in his honor.