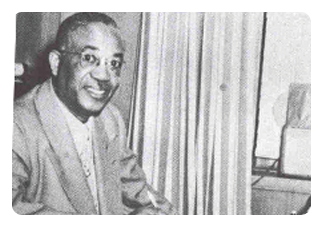 Birmingham businessman and entrepreneur A.G. Gaston (1892-1996), was one of the most successful African American business owners in Alabama. Overcoming humble beginnings and racial discrimination, Gaston built a $40 million empire with an emphasis on diversified ventures.

Arthur George (A.G.) Gaston was born in Demopolis, Ala., on July 4, 1892, to Tom an Rosa Gaston. After his father’s death, Gaston’s mother worked as a cook for A. B. Lovemen, founder of the state’s largest department store. When Gaston was 13, he and his mother moved to Birmingham with the Lovemans.

Although Gaston was not an outspoken advocate for Civil Rights, he supported the movement in many ways. He encouraged his customers to save money and register to vote. He managed to get the “Whites only” signs removed from fountains in First National Bank as a result of privately threatening to close his account with the bank. He provided a job to Autherine Lucy which gave her financial support to become the first black student to register at the University of Alabama. He provided space for Dr. Martin Luther King, Jr. and Rev. Ralph David Abernathy at low rates to plan their protests. He also posted bail for Dr. King after his arrest in the Birmingham campaign. Gaston’s motel was bombed in 1963, as well as his home.