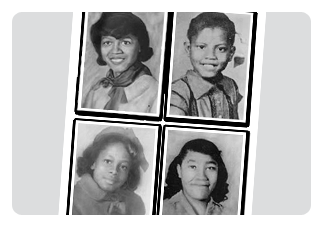 On September 15, 1963, around 10:22 a.m., 26 children walked to the basement of the three-story 16th Street Baptist Church in Birmingham, Ala. They were headed to Sunday school to hear the day’s lesson, “The Love That Forgives.” Suddenly, an explosion rocked the building, destroying the rear wall of the church and all but one stained-glassed window on the lower level. Ironically, the scene in that window depicted Christ leading a group of little children.

Addie Mae Collins (14), Carole Robinson (14), Cynthia Wesley (14) and Denise McNair (11) were killed in the bombing; 22 additional congregants were severely injured. The young girls were the victims of racial terrorism, their lives cut short because their church was a central location for civil rights meetings and rallies led by Martin Luther King, Jr., Ralph David Abernathy and Fred Shuttlesworth.

Members of hate groups, particularly the Ku Klux Klan, were angered that a federal court had ordered the integration of Birmingham city schools and that Birmingham city officials had reached settlements with demonstrators to integrate public places. The settlements led to a series of bombings and other violent activities. But none of the retaliatory acts touched the heart of the nation, and ultimately the world, as much as the one that led to the deaths of the four innocent girls.

After the church bombing, tensions ran high in the city. Angry blacks rioted and civil authorities responded violently. Two people were killed in the aftermath of the bombing, one of them a teenage boy.

When local authorities showed no real concern for solving the crime, the Federal Bureau of Investigation stepped in. Their investigation led to the arrest of Ku Klux Klan member Robert Chambliss, who was charged with murder and illegal possession of dynamite. Chambliss was found not guilty of murder and received a $100 fine and six months in jail for the dynamite possession charge.

More than a decade passed before any other actions were taken in the case. When Bill Baxley became Alabama’s attorney general in 1977, he reopened the case and found that the FBI had accumulated a great deal of evidence against Chambliss that had not been used in the original trial. Baxley successfully prosecuted the 73-year-old Chambliss, who was sentenced to life in prison, where he died on October 29, 1985.

In May of 2000, the FBI announced that three other men also were involved in the church bombing: Herman Cash, Thomas Blanton and Bobby Cherry. Cash had died, but Blanton and Cherry were arrested and later prosecuted for the murder of the four girls. They each received life sentences.

Today, the 16th Street Baptist Church has become a landmark of the Civil Rights Movement, just as the girls who died there on that tragic day in 1963 have become symbols of the high price that was paid by many during the struggle for racial equality.