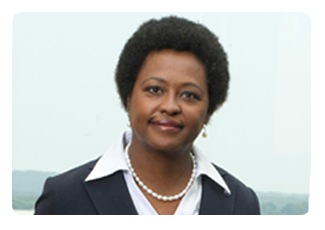 Leader, Engineer, Mentor, Rocket Scientist and Safety Guru are some of the references used to describe Ms. Walker. She has worked more than 24 years with the National Aeronautics and Space Administration (NASA), Marshall Space Flight Center in numerous progressively responsible positions in the Safety and Mission Assurance (S&MA) and Engineering Directorates, such as: the Spacecraft and Vehicle Systems Chief of the Systems Engineering and Integration Division where she led 135 System Engineers in the development design integration, and system analysis of the United States’s next heavy lift capability launch vehicle that will carry humans and cargo into deep space and beyond. These missions are targeted for locations such as asteroids, the moon, Lagrange points and Mars.

Currently she is Deputy Director of Safety and Mission Assurance.

She led the safety team in the development of the Alternate LOX (liquid oxygen) and fuel high-pressure turbopumps for the main engines—assuring clear requirements definition and verifying the design adequacy to accommodate safe delivery of astronauts to low earth orbit and the International Space Station. These missions enabled scientific discovery and human exploration that will benefit life on earth.

She was the Safety, Reliability, & Quality Assurance Policy and Assessment Department Manager conducting independent assessments and continuous risk management of NASA spacecrafts and propulsion elements while influencing the core competencies of safety, quality, reliability and software assurance for the Marshall Space Flight Center. She has also made significant contributions to several Agency Independent Assessment Teams both post Challenger and Columbia Accidents and supported NASA’s ability to safely return to crewed space flight missions.

At NASA, Ms. Walker has been the recipient of numerous honors and awards such as: Supervisor of the Year, the Space Flight Awareness Honoree, the Astronaut’s Silver Snoopy Award, a number of Director’s Commendation Honor Awards, and many Special Service and Group Achievement Awards. She received the Iota Phi Lambda Sorority 2004 Woman of Distinction Award. In 2011, she was named and awarded a ‘Technology All-Star’ at the 16th Women of Color Science, Technology, Engineering and Math (STEM) Conference.

Ms. Walker, married to Dr. Sam J. Walker with one daughter Kristen, an ordained minister and pastor, still finds time to mentor youth in the Alabama public schools in the area of STEM with speaking engagements and by participating in and with judging student competitions in the fields of science and design. It is her passion to inspire the next generation of scientist and engineers that will leave their legacy by making life better for all people.

Ms. Walker was born in Columbus, Georgia and spent all of her childhood years in Phenix City, Alabama with her parents, Jimmie and Lillie Goodwin and her six siblings. She attended Central High School where she graduated with honors and was voted her senior class ‘Most Likely to Succeed’.

Ms. Walker earned a Bachelor of Science degree in Electrical Engineering from Tuskegee University; is a graduate of the Federal Executive Institute; and a 2005 Fellows graduate of Harvard University School of Business Executive Managers Development Program. She also attended Columbia Theological Seminary in Atlanta, Georgia.

She is listed in the registry of Outstanding Young Women of America and a member of Delta Sigma Theta Sorority, Inc.