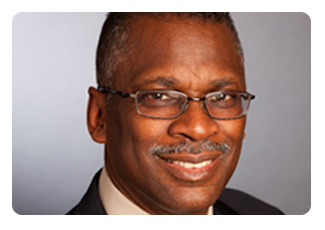 With over 100 patents, Lonnie Johnson has secured his place as one of the greatest inventors of his generation. Johnson was born on October 6, 1949, in Mobile, Alabama. He was exposed to inventing at an early age when his father taught him and his siblings how to repair various household items. This encouraged the boys to create their own toys. They once made a go-kart out of household items and a lawn mower motor.

Johnson was inspired by George Washington Carver and was motivated to pursue his goal of becoming an inventor. During one of his first experiments he used sugar and saltpeter to create a rocket fuel, which exploded and burned part of the family’s kitchen. By the time he reached high school, his talents were more refined. As a senior at Williamson High School in 1968, he took part in a national science competition sponsored by the University of Alabama. He presented a remote controlled robot named “Linex,” which he built from scraps found at a junkyard and parts of his siblings’ toys. He placed first in the competition.

After graduating, Johnson worked at Savannah River National Laboratory and later became a research engineer, developing cooling systems at the Oak Ridge National Laboratory in Tennessee. After joining the Air Force, Johnson was placed with the Air Force Weapons Laboratory in Albuquerque, New Mexico, serving as chief of the space nuclear power safety section. In 1973, he left the Air Force and took over as senior systems engineer at NASA’s Jet Propulsion Laboratory in Pasadena, California, where he worked on the Galileo Mission to Jupiter. Upon returning to his military career in 1982, Johnson worked at the Strategic Air Command facility in Bellevue, Nebraska, and then moved to the SAC Test and Evaluation Squadron at Edwards Air Force Base in Edwards, California, where he worked on the Stealth Bomber.

In 1982, while working on developing a heat pump that would work by circulating water rather than expensive and environmentally unfriendly Freon, Johnson stumbled upon his biggest invention, the Super Soaker water gun. After several years of perfecting it, the gun was released in 1989. Within 10 years, more than 200 million Super Soakers had been sold making it the toy of the decade.

Propelled by the success of the Super Soaker, Johnson founded his own company, Johnson Research & Development, and acquired more than 100 patents. For his contributions to science and his great success with the Super Soaker, Johnson was inducted into the Inventors Hall of Fame in 2000. His company has continued to innovate, creating improved radon detectors, heat pumps and lithium battery products, as well as new toy concepts.