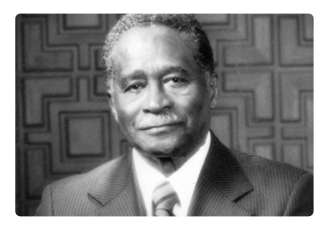 Shores graduated from Talladega College in 1927 with a teaching degree. However, Shores’ lifelong dream of becoming an attorney led him to enroll at the University of Kansas’ Law School in 1934 and then at La Salle Extension University where he was awarded his law degree. In 1937 Shores passed the Alabama State Bar exam, which was considered one of the toughest bar exams in the nation.

Combining his “leader-defender” mindset with a law degree, Shores became the first African American attorney in Alabama to represent his own clients in court. He took cases which appeared to have almost no chance of winning. One such case involved a white Birmingham police officer accused of police brutality against black labor leader Will Hall. To everyone’s astonishment, the police officer was found guilty of assaulting Mr. Hall. The Hall case, along with the altercation that resulted after the verdict, was the catalyst that secured Shores’ place among the great civil rights leaders.

Before Shores’ famous Lucy v. Adams case, he successfully argued before the Supreme Court of the United States in 1944 on behalf of the Colored Association of Railroad Employees in Steele v. L. & N.R. CO. The case dealt with a whites-only railroad union that excluded African Americans and then denied them better jobs because they were not union members.

Shores’ association with the NAACP allowed him to work on some of the landmark cases in the modern Civil Rights era and with the premier civil rights attorneys in the nation, including future Supreme Court Justice Thurgood Marshall.  Alabama’s ban of the NAACP in 1956 led Rev. Fred Shuttlesworth to form the Alabama Christian Movement for Human Rights, which carried on the mission of the NAACP with Shores leading many of the legal battles.

Shores’ courage and character were often tested living in the section of Birmingham nicknamed “Dynamite Hill.”  But every threat and assault only inspired Shores to fight harder to secure equal justice for all. Risking his life and the lives of his family, in 1963, Shores supported the integration of Birmingham public schools. Later that same year the Shores’ home was bombed twice.

During his career, Shores represented many Civil Rights legends including Rev. Fred Shuttlesworth and Dr. Martin Luther King, Jr. In 1968 Shores became the first African American to serve on the Birmingham City Council, a position he held for 10 years. That same year he also served as Alabama’s first African American delegate to a Democratic National Convention. Arthur Shores died on December 16, 1996, at the age of 92.