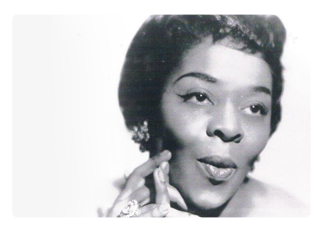 Born Ruth Lee Jones on August 29, 1924, in Tuscaloosa Alabama, Dinah Washington, an Alabama Jazz and Rock & Roll Hall of Fame member, was known as the “Queen of the Blues.” With a string of hits during the 1950s, she became the most popular African American female recording artist of the decade. Washington had three songs – Unforgettable, Teach Me Tonight, and What A Diff’rence A Day Makes were entered into the Grammy Hall of Fame.  In 1993 the United States Postal Service issued the Dinah Washington commemorative postage stamp and in 2009 the city of Tuscaloosa, Alabama, renamed the section of 30th Avenue between 15th Street and Kaulton Park “Dinah Washington Avenue.”

Like many great singers, Washington’s music career started in the church where spirituals comprised most of her singing repertoire during her early years. However, Washington’s passion and future musical success was in Jazz, R&B and the Blues. She learned to play the piano from her mother, who played at St. Luke’s Baptist Church in Chicago. At the age of 15, Washington won an amateur talent contest at the Regal Theatre and began performing in nightclubs as a jazz pianist and vocalist. The following year Washington became a member of the Sallie Martin Gospel Singers.

Washington’s first record at Mercury Records was Ain’t Misbehavin’, which landed her at number 6 on the R&B charts. Ain’t Misbehavin’ was the first of many hits for Washington. From 1948 to 1955 she produced 27 Top Ten hits on the R&B charts, with 2 hitting number one: Am I Asking Too Much and Baby Get Lost.  In 1959 Washington crossed over into the mainstream pop market withWhat A Diff’rence A Day Makes and at the 2nd Annual Grammy Awards What A Diff’rence A DayMakes earned Washington a Grammy for best Rhythm & Blues Performance.  Washington’s success continued into the 1960’s, scoring 2 more number 1 R&B hits: Baby (You’ve Got What It Takes) and A Rockin’ Good Way (To Mess Around and Fall in Love). Both songs were duets with Brook Benton.

Washington worked with some of the world’s greatest musicians including Count Basie, Duke Ellington, Lionel Hampton, Quincy Jones, Brook Benton, and drummer Max Roach just to name a few. Her talents landed her performances at the most prestigious national and international Jazz festivals and a royal performance at the London Palladium before Queen Elizabeth. Unfortunately, On December 14, 1963, at the young age of 39, Dinah Washington’s life and her magical voice ended due to an accidental overdose of alcohol and diet pills.