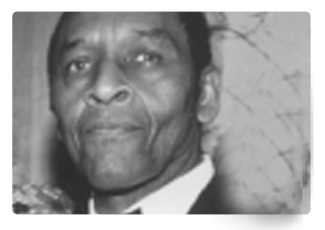 Dr. Herschell Lee Hamilton was born in Pensacola, Florida. During the 1960s he became known as the “Battle Surgeon” and the “Dog-Bite Doctor” as he attended to the numerous injuries suffered by the foot soldiers of the Civil Rights Movement in Birmingham, Alabama. Hamilton’s office at the historic Ballard House Building not only served as his medical office, at times it served as a triage unit for civil rights activists who were injured during the movement. Two of his more famous patients included Rev. Fred Shuttlesworth and Dr. Martin Luther King Jr.

In 1949 Hamilton graduated from Florida A&M University with a degree in biology and received his Medical Degree form Meharry Medical College in Nashville in 1954. Hamilton came to Birmingham in 1959 becoming the first African American board-certified general surgeon in the city. In 1968 Hamilton became the first African American board-certified general surgeon at University Hospital in Birmingham. Hamilton committed his life to the advancement of civil rights and the health and well-being of all people, but particularly African Americans, who often were denied adequate medical care. Hamilton practiced medicine for over 40 years in Birmingham never turning away a single patient because of their inability to pay.

Dr. Hamilton passed away in 2003. Reverend Fred Shuttlesworth said of Hamilton, “He was a great believer in civil rights and human rights, but he didn’t talk about the work he did. He gave the credit to others.” His life mission to help others lives on through several scholarships in his name. His alma mater, Florida A&M University, established The Herschell L. Hamilton, MD Scholarship to assist deserving high school seniors from the Greater Birmingham area who attend Florida A&M University. In June 2013, The University of Alabama System Board of Trustees approved the establishment of the Herschell Lee Hamilton, M.D., Endowed Scholarship in Medicine. This scholarship supports African American students attending the University of Alabama at Birmingham School of Medicine.