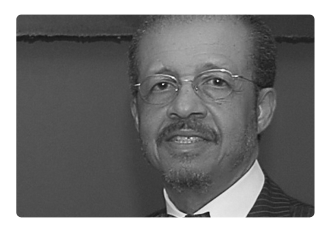 Lawrence J. Pijeaux, Jr., Ed.D. is President and Chief Executive Officer of the Birmingham Civil Rights Institute (BCRI).  Pijeaux began his tenure at BCRI in July 1995. BCRI brings to life both the anguish and the accomplishments of the long march to freedom through interactive, multi-media exhibits, along with an impressive archives and oral history collection that records first-hand accounts from over 400 of the Movement’s courageous followers and celebrated leaders.

A native of New Orleans, Louisiana, Pijeaux received his Bachelor of Science Degree from Southern University in Baton Rouge, Louisiana; a Master of Arts in Teaching Degree from Tulane University in New Orleans, Louisiana; and a Doctor of Education Degree from the University of Southern Mississippi in Hattisburg.  He completed post-graduate work at The Getty Leadership Institute for Museum Management on the campus of the University of California in Berkeley.  Under his leadership, BCRI achieved full accreditation from the American Association of Museums in July 2005. The Birmingham Civil Rights Institute has received two consecutive national awards presented at the White House by former First Lady Laura Bush, for community service–the Coming Up Taller Award in 2007 and the inaugural National Medal for Museum Service in 2008.  In April of 2007, BCRI was named an affiliate of the Smithsonian Institution.

Former Alabama Governor Bob Riley appointed Pijeaux to the boards of the Alabama School of Mathematics and Science and the Alabama Bureau of Tourism and Travel.  In 2006, the Alabama Department of Tourism named Pijeaux as Alabama Tourism Executive of the Year.  He is a member of Leadership Birmingham and Leadership Alabama, and is a past president of the Association of African American Museums.

Pijeaux was nominated by President Barack Obama to serve on the National Museum and Library Services Board on March 8, 2010.  The United States Senate confirmed his nomination on June 22, 2010.  Pijeaux currently serves on the board of the American Alliance of Museums (Formerly the American Association of Museums).

Locally and nationally, BCRI continues to be recognized for its excellent programs and award-winning exhibitions.  In 2009, it was recognized as the Alabama Attraction of the Year, and again in 2012 (along with the Birmingham Civil Rights District).  Also in 2012, BudgetTravel magazine named BCRI as one of the 15 places in the country that children should visit before they’re 15.  BCRI was also recognized as the #1 Birmingham attraction (out of 31) by TripAdvisor and one of the top ten attractions for the nation’s children to visit by Yahoo!® Travel.  In 2013, the Birmingham Civil Rights Institute was the first organization to receive the “I AM A MAN” award from the April 4th Foundation and was featured in National Geographic’s book, “100 Places That Can Change Your Child’s Life; From Your Backyard to the Ends of the Earth.”