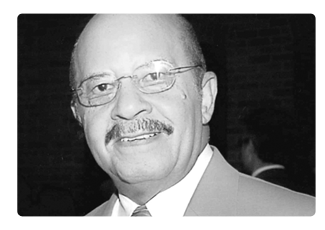 “I know where we are, I know where we’ve come from, and I know where we have yet to go as a city.” On November 13, 1979, the beginning of a new political era in Birmingham was ushered in with these powerful words by Mayor Richard Arrington, Jr., the first African American to serve as the Chief Executive of Alabama’s largest city.

Dr. Richard Arrington, Jr. was born on October 19, 1934, the older of two sons born to Richard and Mary Ernestine Arrington, sharecroppers, who then lived in Livingston (Sumter County), Alabama. When he was five years old, the Arringtons moved to the Birmingham, Alabama, suburb of Fairfield.

Arrington served as a National Science Foundation Research Fellow at the Medical College of the State University of Iowa (Iowa City) and at Washington University (St. Louis, Mo.) Eight institutions have awarded him honorary doctoral degrees for outstanding professional and civic services.

From 1966 – 1970 Arrington served as Chairman of the Science Department and Academic Dean at Miles College. From 1970 – 1979 he served as Executive Director of the Alabama Center For Higher Education, a consortium of the 8 four-year historically black colleges in Alabama and part-time Associate Professor of Biology at the University of Alabama-Birmingham.

Birmingham’s Arrington era began in 1971 when he was elected to the Birmingham City Council. He was re-elected to the City Council in 1975. Then on October 30, 1979, in a run-off election, Arrington was elected Mayor of Birmingham, the city’s first African American mayor. He was re-elected to 4 additional terms, giving him a total of 5 terms or 20 years as the Chief Executive of Alabama’s largest city. He retired from that office in July 1999 and became a Visiting Professor of Public Service at The University of Alabama-Birmingham (1999 – 2003)

Under his leadership Birmingham re-built its faltering steel-industrial economy which had been the city’s major economic source since its founding. At the time of his first election as Mayor in 1979 the city had a 20% unemployment rate. He was at the helm of the city’s transition to the most-diversified economy in the southeast – an economy now led by biomedical research and healthcare, telecommunications, engineering and banking. When he left office in 1999 the city had a record number of jobs and the lowest unemployment rate in its history. The city also built the strongest tax base in Alabama, expanded its city limits by 60 square miles, reduced crime to its lowest level in 25 years, and funded a $200 million school construction program.

Arrington served on dozens of community service boards including The United Negro College Fund, the Urban League, Boy Scouts of America, The Salvation Army, Goodwill Industries, the United States Conference of Mayors, and the National League of Cities.

His honors and recognitions are numerous, including: 1984 and 1990 – chosen #1 leader in Birmingham in polls of corporate and civic leaders by The Birmingham News and The Birmingham Post; One of the nation’s top 20 city officials according to U. S. News and World Report Magazine; Ebony Magazine’s 100 Most Influential Black Americans from 1980 – 2000; 1987 U.S. News and Report list of the nation’s best mayors; 1982 the Alabama Society of Public Administrators cited him as “The Alabama Administrator of the Year”; 1988 “The Nation’s Most Distinguished Mayor” by the   National Urban Coalition; and The first recipient of the National Alpha Phi Alpha Thurgood Marshall Award. In October 2008 The University of Alabama published Arrington’s memoir entitled, “There is Hope for the World.”

Dr. Arrington is currently a Distinguished Visiting Professor at Miles College and President of JennRo, LLC, a consultant firm in Municipal Affairs and Higher Education.

He is a life-long member of the Crumbey Bethel Primitive Baptist Church of Fairfield, Alabama, a member of the Deacons Board, and father of seven.