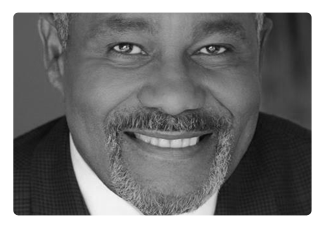 Athlete, Actor, Author, Entrepreneur, Speaker are a few of the titles listed on Thom Gossom’s resume. Born Thomas Gossom, Jr. on January 21, 1952, in Birmingham, Alabama, Gossom decided to follow his dream of playing football at Auburn University and walked-on, changing his life and the mindset of many in the early years after integration. He was the second African American to play football at Auburn, reportedly the first to walk-on and earn a scholarship in the Southeastern Conference, and the first African American athlete to letter (3-time letterman) and graduate from Auburn University.

In 1970 there were only a few African Americans at Auburn and only 2 scholarship athletes. Because integration in Alabama public universities was just 7 years old and the image of Governor George Wallace’s defiant “Stand in the Schoolhouse Door” at the University of Alabama was still fresh in the minds of many white Alabamians, Gossom faced many challenges on and off the field during his stay at Auburn University. However, later Gossom stated, “My time at Auburn really made me the man I am today and I am truly thankful.” Gossom received his Bachelor of Arts in Communication from Auburn University and later earned a Master of Arts in Communication from The University of Montevallo.

After a brief career in the World Football League and the NFL, Gossom hung up his cleats and landed a job with a Birmingham television station in the news department. Later he joined Bellsouth in the office of Public Relations and in 1987 Gossom started his own PR Firm – Thom Gossom Communications.

In 1981 Gossom was bitten by the acting bug. After performing in a couple of plays and experiencing the same passion and excitement that inspired him on the grid-iron, but this time on a much tamer stage, Gossom turned his attention to acting. His TV resume includes performances in several popular series including: In the Heat of the Night, Boston Legal, Chicago Hope, Touched by an Angel, NYPD Blue, CSI, Without A Trace, The West Wing and ER. Gossom’s film credits include: Miss Evers’ Boys, XXX 2, Fight Club, Jeepers Creepers II, and Miracle in the Woods. And his theatrical roles include: My Children! My Africa!, Fences, American Buffalo and Glengary Glen Ross.

As an author Gossom has written several pieces. His memoir, Walk-On: My Reluctant Journey to Integration at Auburn University was featured on CNN and HBO’s Breaking the Huddle. When asked what motivated him to write Walk-On Gossom said, “Walk-On is for all those people who’ve ever walked on to anything, who decided they wanted to do something and set their minds to do it. Maybe they were uninvited. Maybe the odds were against them. Maybe they got knocked down. But they got up and they achieved.” Gossom has also written and performed a critically acclaimed one-man play, Speak of Me As I Am.