A.C. Roper served simultaneously in the military and and civilian law enforcement for more than three decades.

Roper served simultaneously in the military and in civilian law enforcement for more than three decades.

As a civilian, Roper served in law enforcement for more than 33 years at the Hoover Police Department and then the Birmingham Police Department, where he was named chief in 2007. He announced in November 2017 he would retire following the election Birmingham Mayor Randall Woodfin, who asked all department heads to reapply for their positions. Roper said after much prayer, he and his family decided he would not reapply. He left the job officially in April 2018.

“As I reflect on this promotion and my family history, I think about my Granddad serving as a Buffalo Soldier during World War I and deploying to France in a segregated Army unit. Decades later, my Dad marched as a Foot Soldier during the civil rights struggle in Birmingham, Alabama, so this promotion is really about them and countless others who paved the path that I now walk,’’ Roper said in a prepared statement. “Undoubtedly, we’ve made progress but it’s not enough to be the first African American Three Star General in the Army Reserve if there’s not a second and third. We are still working to build a more perfect union and this third star simply means I have greater influence and a greater responsibility.”

In his most recent role as Deputy Commanding General, U.S. Army Reserve Command, Roper oversaw the Army Reserve Operational, Functional, Training, and Support Commands located in the Continental United States, Hawaii, Puerto Rico and Germany. Prior to that, he served as the Deputy Chief, Army Reserve, Office of the Chief of Army Reserve (OCAR), headquartered at the Pentagon, Washington, D.C., with responsibility for strategy, policies, and key initiatives. 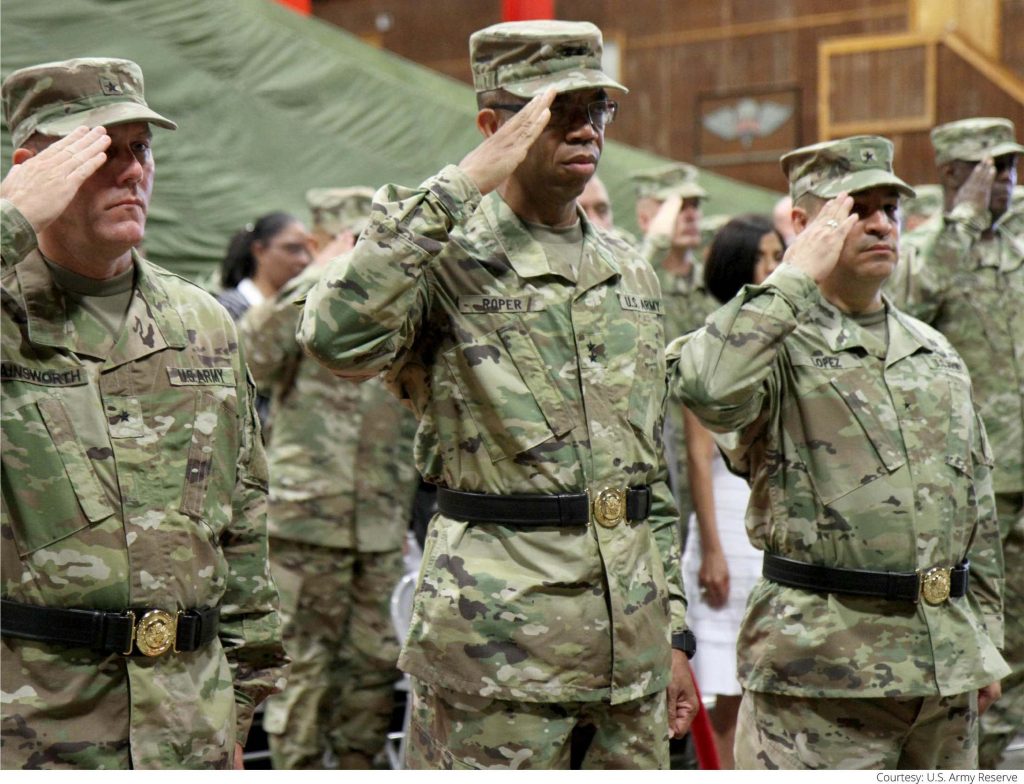 He is a graduate of the FBI’s National Academy, the FBI National Executive Institute, and also served as an adjunct professor of criminal justice. He specialized in protecting critical infrastructure and served on the Executive Board of the FBI Joint Terrorism Task Force.