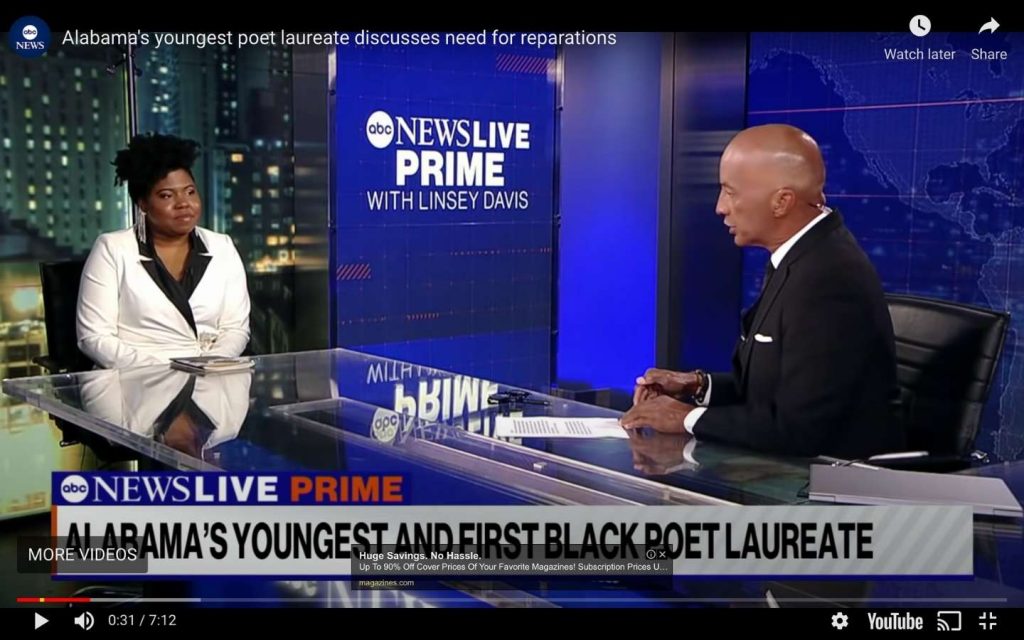 Ashley M. Jones, a Birmingham native, is Poet Laureate of the state of Alabama (2022-2026). She is the first African American, and at 31, the youngest person to have the title in the 91 years Alabama has named a poet laureate.

Ms. Jones received a Master of Fine Arts in Poetry from Florida International University (FIU), where she was a John S. and James L. Knight Foundation Fellow. She served as Official Poet for the City of Sunrise, Florida’s Little Free Libraries Initiative from 2013-2015, and her work was recognized in the 2014 Poets and Writers Maureen Egen Writer’s Exchange Contest and the 2015 Academy of American Poets Contest at FIU. She was also a finalist in the 2015 Hub City Press New Southern Voices Contest, the Crab Orchard Series in Poetry First Book Award Contest, and the National Poetry Series.

Ms. Jones poems and essays appear in many journals and anthologies, including CNN, the Academy of American Poets, POETRY, Tupelo Quarterly, Fjords Review, The Harvard Journal of African American Public Policy, Valley Voices: New York School Edition, PMS poemmemoirstory (where her work was nominated for a Pushcart Prize in 2016), Kinfolks Quarterly, and Lucid Moose Press’ Like a Girl: Perspectives on Femininity Anthology.

Ms. Jones received a 2015 Rona Jaffe Foundation Writers Award and a 2015 B-Metro Magazine Fusion Award. She was an editor of PANK Magazine, a national literary magazine. Her debut poetry collection, Magic City Gospel, was published by Hub City Press in January 2017, and it won the silver medal in poetry in the 2017 Independent Publishers Book Awards. Her second book, dark // thing, won the 2018 Lena-Miles Wever Todd Prize for Poetry from Pleiades Press. 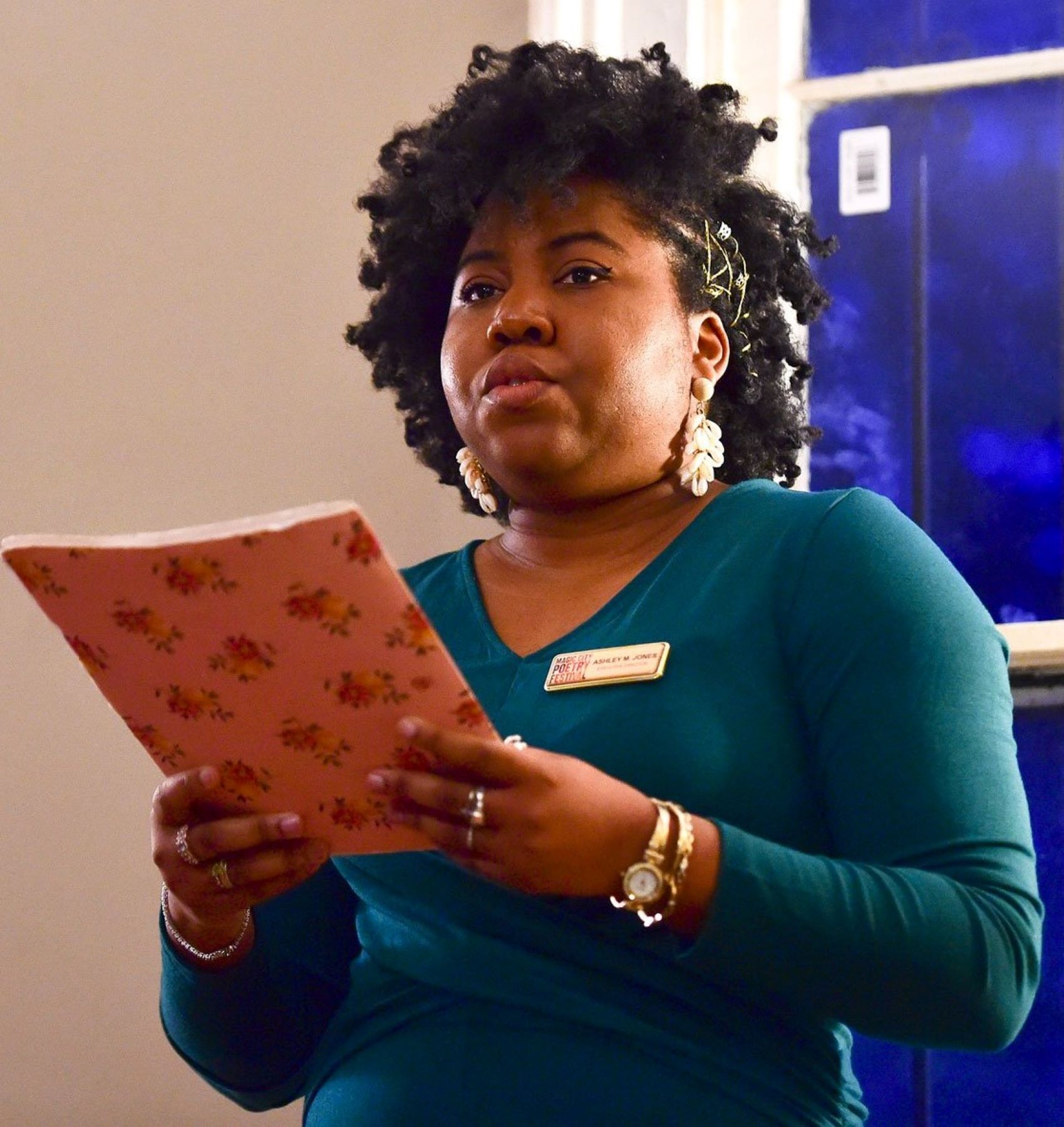 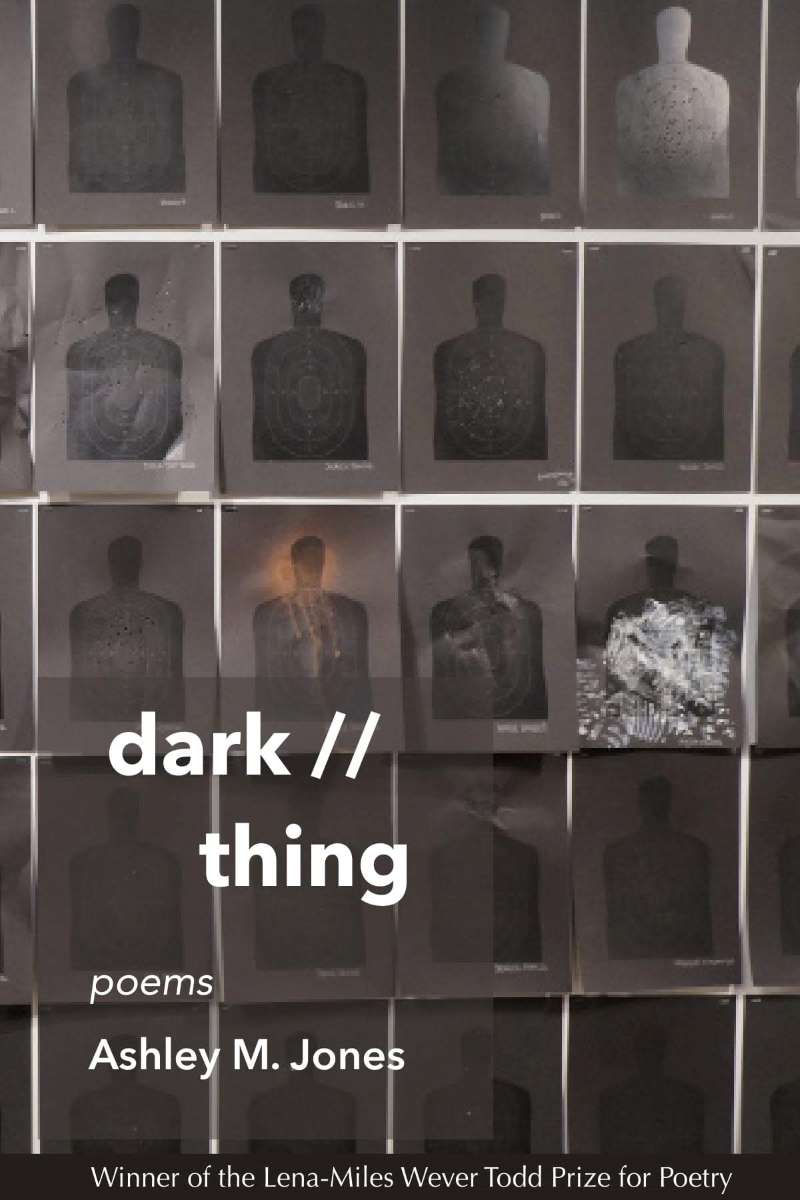 Sonia Sanchez, poet and activist said of dark // thing, “…This delicate pavane surrounds us with notes that sing us home to our past and present. Sister Ashley’s words continue us on the holy meditation begun in the 1960s about what it means to be human, and I say amen.”

Jones was a finalist for the Ruth Lily Dorothy Sargent Rosenberg Fellowship in 2020, and her collection, REPARATIONS NOW! was on the longlist for the 2022 PEN/Voelcker Award for Poetry. Tiana Clark, author of I Can’t Talk About the Trees Without the Blood, praised Jones’ work: “Ashley M. Jones is a genius in how she wields, innovates, and wades through a bounty of poetic forms (sonnets, an aubade, a ghazal, a contrapuntal, anaphora, the subjunctive mode and so much more) with a sense of mastery, levity, and play. This collection is jam-packed with music, grace, and grit. I felt loved and seen by Reparations Now! The book is a personal mix CD in verse curated by Black bliss and brilliance. I kept dog-earring pages for prompts and poems I wanted to read again until I realized the whole collection was mangled by my enthusiastic appreciation and inspiration.” 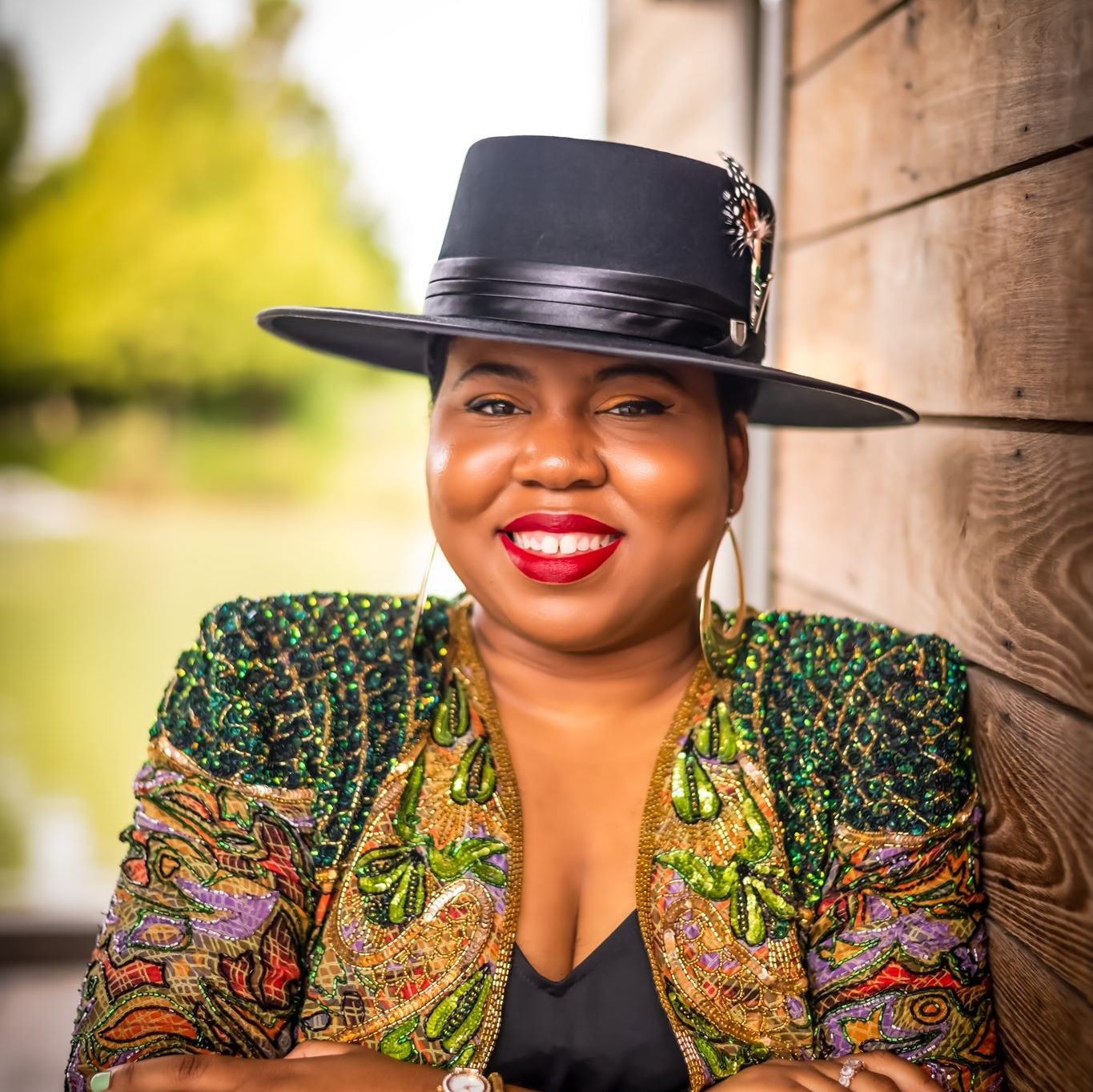 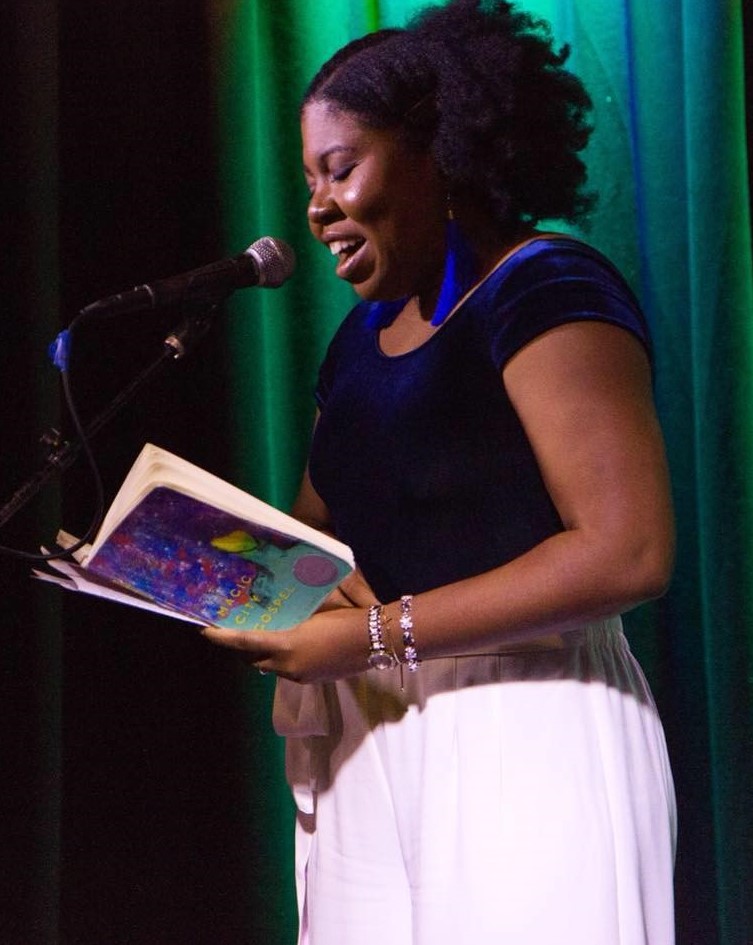 She is also a member of the Core Faculty at the Converse University Low Residency MFA Program and recently served as a guest editor for Poetry Magazine. Jessica Jones, vice president and program chair of the Alabama Writers’ Cooperative said, “Ashley is an amazingly relevant poet for today’s world […] She’s helping make poetry matter to these generations, in our current events, and to people from all walks of life.” 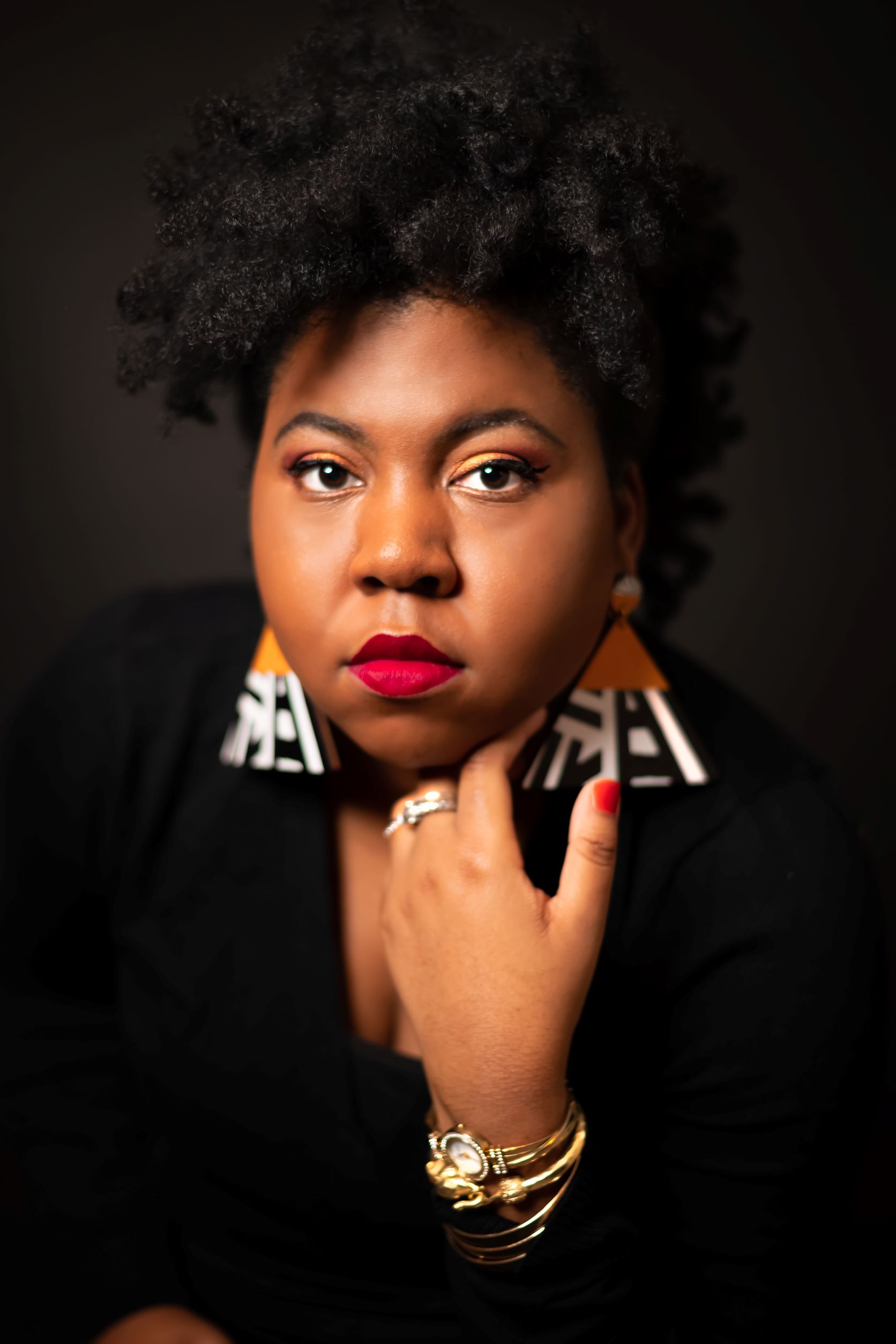