Condoleezza Rice, a diplomat, scholar and author spent much of her childhood in Birmingham’s Titusville neighborhood. Her father was pastor of Wesminster Presbyterian Church.  Today, Rice is the Denning Professor in Global Business and the Economy at the Stanford Graduate School of Business; the Thomas and Barbara Stephenson Senior Fellow on Public Policy at the Hoover Institution; and a professor of Political Science at Stanford University.  She is also a founding partner of RiceHadleyGates, LLC.

Rice served as Stanford University’s Provost from 1993-1999, during which she was the institution’s chief budget and academic officer. As Provost, she was responsible for a $1.5 billion annual budget and the academic program involving 1,400 faculty members and 14,000 students. In 1997, she also served on the Federal Advisory Committee on Gender — Integrated Training in the Military.

From 1989 through March 1991, Rice served on President George H.W. Bush’s National Security Council staff.  She had several responsibilities over the years, including director and then senior director of Soviet and East European Affairs. In 1986, while an international affairs fellow of the Council on Foreign Relations, Rice also served as special assistant to the Director of the Joint Chiefs of Staff. 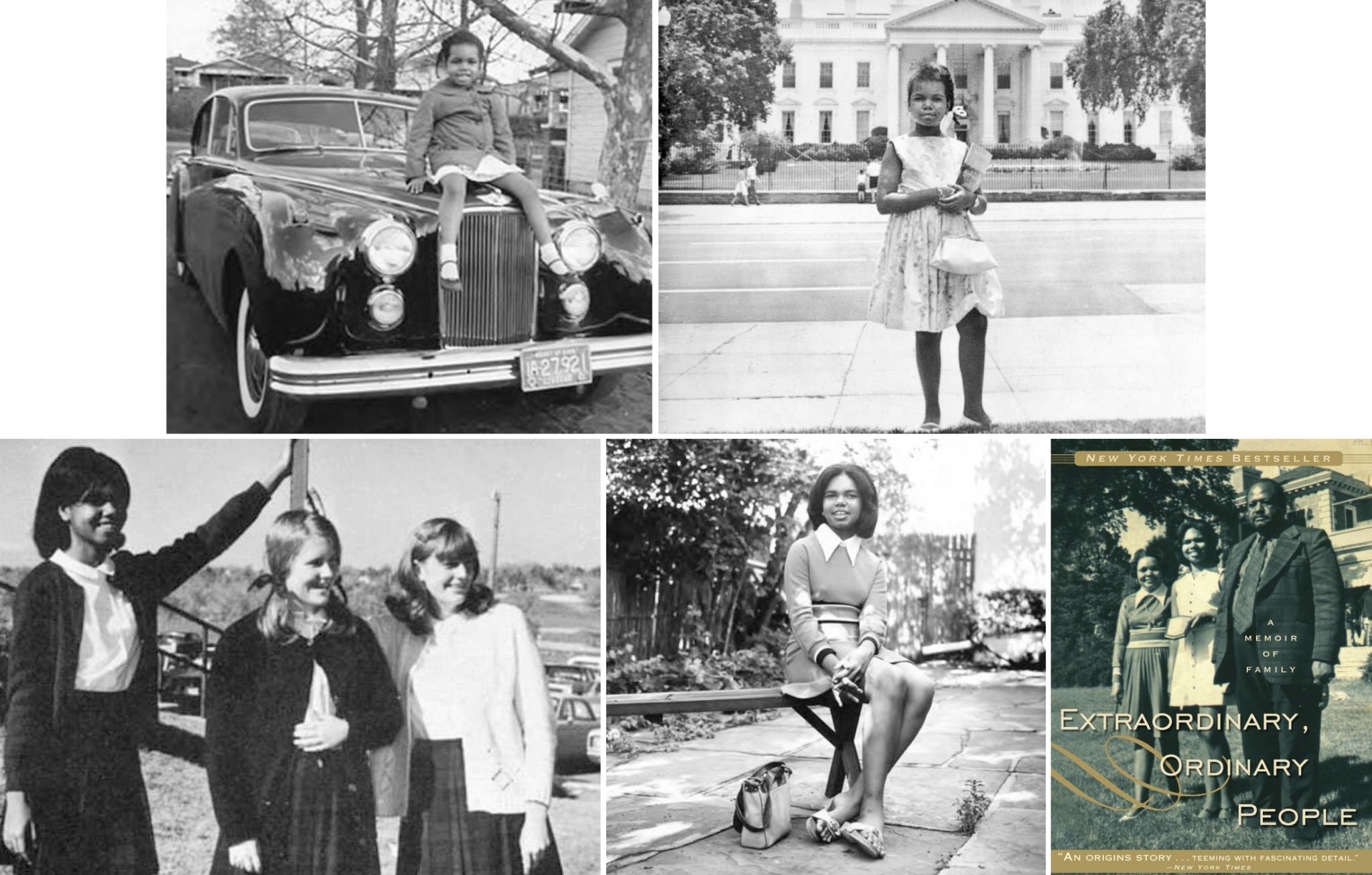 As professor of Political Science, Rice has been on the Stanford faculty since 1981 and has won two of the highest teaching honors – the 1984 Walter J. Gores Award for Excellence in Teaching and the 1993 School of Humanities and Sciences Dean’s Award for Distinguished Teaching.

She has authored and co-authored numerous books, including two bestsellers, No Higher Honor: A Memoir of My Years in Washington (2011) and Extraordinary, Ordinary People: A Memoir of Family (2010); Germany Unified and Europe Transformed: A Study in Statecraft (1995) with Philip Zelikow; The Gorbachev Era (1986) with Alexander Dallin; and Uncertain Allegiance: The Soviet Union and the Czechoslovak Army (1984). Her most recent book,”Democracy: Stories from the Long Road to Freedom,” was released in 2017.

In 1991, Rice cofounded the Center for a New Generation (CNG), an innovative, after-school academic enrichment program for students in East Palo Alto and East Menlo Park, California. In 1996, CNG merged with the Boys and Girls Club of the Peninsula (an affiliate club of the Boys and Girls Clubs of America). CNG has since expanded to local BGCA chapters in Birmingham, Atlanta, and Dallas. She remains an active proponent of an extended learning day through after school programs.

Since 2009, Rice has served as a founding partner at RiceHadleyGates, LLC, an international strategic consulting firm based in Silicon Valley and Washington, D.C. The firm works with senior executives of major companies to implement strategic plans and expand in emerging markets. Other partners include former National Security Advisor Stephen J. Hadley and former Secretary of Defense Robert M. Gates. 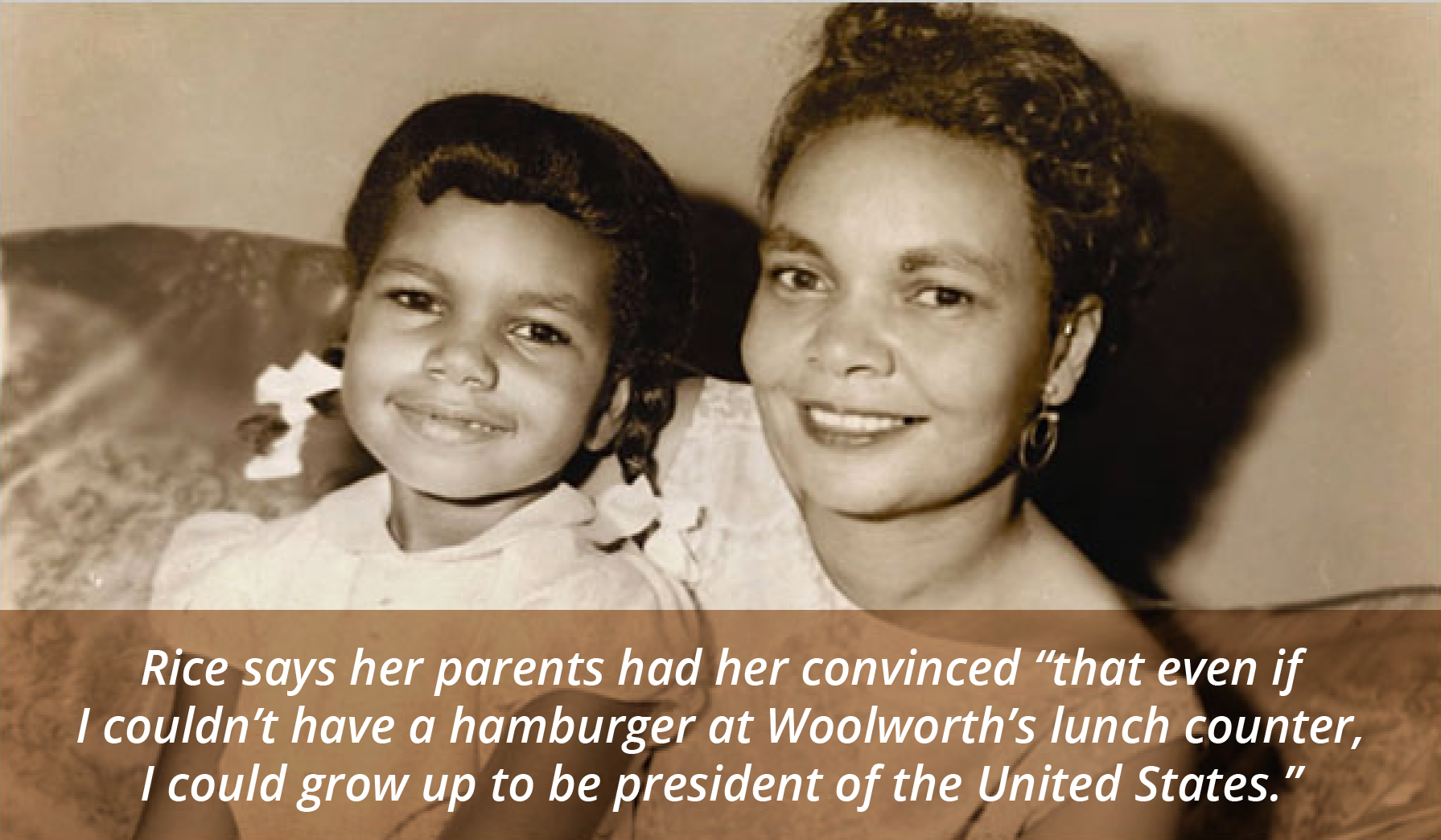 Rice has been affiliated with several boards and agencies including Dropbox, an online-storage technology company; C3, an energy software company;  and Makena Capital, a private endowment firm. In addition, she is a member of the boards of the George W. Bush Institute, the Commonwealth Club, the Aspen Institute, and the Boys and Girls Clubs of America.

Rice is a Fellow of the American Academy of Arts and Sciences and has been awarded 11 honorary doctorates.

Birmingham native Condoleezza Rice invested time and shared her experience and insight with a group of city high schoolers taking part in Persuasive Points of View, a discussion organized by the Birmingham Education Foundation and Regions Bank at Regions’ headquarters in Birmingham, March 2020. (Courtesy Regions Bank)