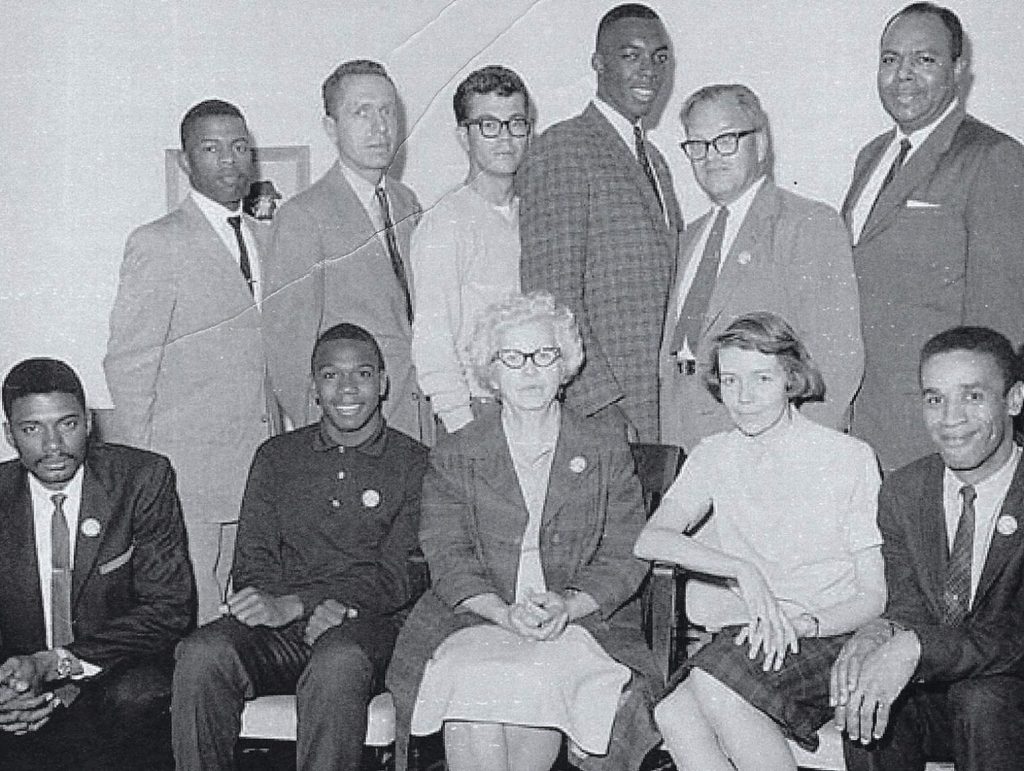 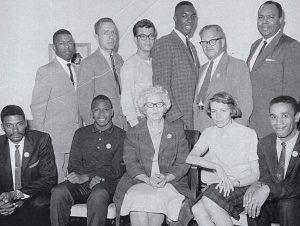 The U.S. Supreme Court had ruled against segregated interstate travel in Morgan V. Virginia (1946) and in Boynton v. Virginia (1960). The rulings in these cases prompted the Congress of Racial Equality (CORE) to organize the Freedom Rides to test the application of these cases in the South.

The group’s trip was mostly uneventful from Washington, D.C. to Georgia. They reached Atlanta, Georgia, on May 13, 1961, and had dinner with Dr. Martin Luther King, Jr., and others who warned of rumored violence awaiting the group in Alabama and Mississippi.

The Greyhound bus carrying Freedom Riders and regular passengers left Atlanta, Georgia, on Sunday, May 14, Mother’s Day, and pulled into a Greyhound bus station in Anniston, Alabama. There, a segregationist mob violently attacked the bus, throwing rocks, breaking windows, and slashing some of the tires. Police officers arrived several minutes later and cleared a path, allowing the bus to depart with a long line of vehicles in pursuit. Two cars pulled ahead of the bus and forced it to a slow crawl.

Six miles outside of town, the driver was forced to stop after several tires went flat. A mob surrounded the bus and someone threw a flaming bundle of rags through a window causing an explosion. The Freedom Riders and other passengers struggled to escape as the mob attempted to trap them inside the burning bus. They were able to finally break free, but several Freedom Riders were further attacked by the mob.

Freedom Riders sit on the ground outside the burning hulk of a Greyhound bus sponsored by the Congress of Racial Equality (CORE) after was set afire by a mob of White segregationists, May 14, 1961.  (Underwood Archives/Getty Images) 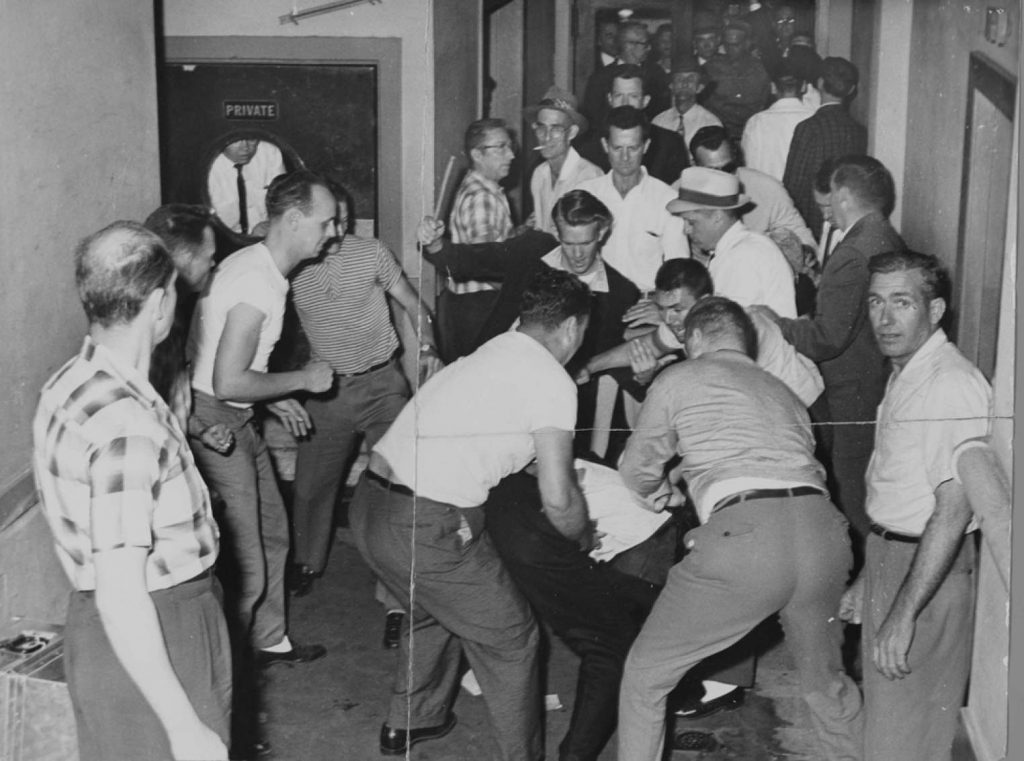 A mob of racists beats Freedom Riders in Birmingham, Alabama, May 14, 1961. This photo was reclaimed by the FBI from a local journalist who also was beaten and whose camera was smashed.  (Public Domain)

Later that day, Reverend Fred L. Shuttlesworth, pastor at Bethel Baptist Church in Birmingham, dispatched some deacons to Anniston to rescue the Freedom Riders who had been attacked aboard the Greyhound Bus and were now being terrorized by a hostile mob at a local hospital. The deacons drove them to Birmingham for shelter where they reunited with the group from the Trailways bus. Due to the violence, the federal government intervened and flew the Freedom Riders to New Orleans, causing the CORE segment of the Freedom Rides to come to an unexpected end.

Leaders of the Nashville Student Movement firmly believed that violence could not be allowed to prevail over nonviolence and organized a group of college students to travel to Birmingham to resume the Freedom Rides.

Members of the group were arrested by the Birmingham police and escorted to the Tennessee state line where they were left in the middle of the night near Ardmore, Tennessee. The students made their way back to Birmingham by car, joining another group of students who had already arrived from Nashville. State and Federal officials worked out a deal that arranged for state highway patrol to protect the students along state highways and for local law enforcement to escort the bus through their jurisdictions.

On Saturday, May 20, 1961, twenty-one student Freedom Riders left Birmingham aboard a Greyhound Bus en route to Montgomery with state highway patrol leading the bus as helicopters flew overhead. Upon reaching the Montgomery City limits, all state patrol protection ended, and the bus arrived at the Greyhound Bus Station without police escort.

At the station, the Freedom Riders were met by an angry mob of 200-300 whites wielding bats, chains, metal pipes and other makeshift weapons. The attack continued for nearly 30 minutes before local law enforcement arrived.

Some of the Black female Freedom Riders were able to escape in taxicabs with Black drivers. Some of the Black male Freedom Riders were able to run into the nearby Post Office located in the Federal Courthouse building. Alabama Public Safety Director Floyd Mann fired rounds into the air to try to disperse the crowd. Five hours after the beginning of the riot, order was finally restored.

On May 21, 1961, Dr. Martin Luther King, Jr., came to Montgomery to hold a mass meeting in support of the Freedom Riders at First Baptist Church on North Ripley Street, pastored by Rev. Ralph Abernathy. More than 1,500 supporters and members of the congregation were inside while, outside, a violent mob grew larger. The mob threw bricks through the church’s stained-glass windows and set a car on fire. Tensions ran high as tear gas flowed into the church. From a telephone in the basement of First Baptist Church, Dr. King relayed his fears of further violence to Attorney General Robert F. Kennedy in Washington, D.C. Dr. King urged the Kennedy administration to act to protect the Freedom Riders and everyone in the church. Later, Alabama National Guardsmen, federalized by President John F. Kennedy, dispersed the mob gathered outside the church. Those trapped inside the church were able to leave safely in the early morning hours the following day. 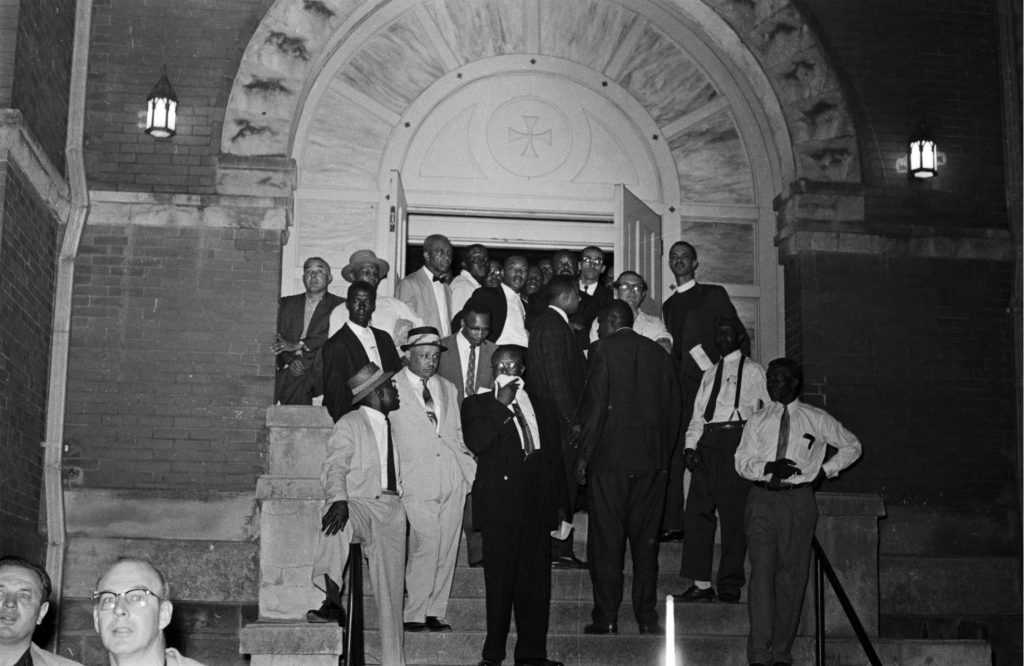 The siege at First Baptist Church in Montgomery, Alabama, ended in the early morning hours of May 22, 1961.
(Alabama Department of Archives and History)

The Freedom Riders were dispersed to homes throughout the community, eventually all making their way to the home of Dr. Richard and Mrs. Vera Harris. Dr. Harris was a prominent local Black pharmacist and had been a Tuskegee Airman. In the Harris’ home, the Freedom Riders held meetings with Civil Rights leaders including Dr. King, Rev. Abernathy and James Farmer, the National Director of CORE, on the continuation of the Rides into Mississippi.

As the student Freedom Riders from Nashville were planning to travel to Montgomery days before, Alabama Governor John Patterson had asked a state judge to issue an injunction to stop the Riders from continuing to travel in Alabama. Judge Johnson issued an order setting aside the injunction, which allowed the Freedom Ride to continue. On May 24, 1961, the student Freedom Riders, under the protection of federal troops, left Montgomery to continue the Ride to Jackson, Mississippi. Upon reaching Jackson, the Riders were arrested and charged with “breach of peace.” Many were sentenced up to forty days under this misdemeanor charge. Most of the Freedom Riders were sent first to Jackson City Jail, and then to Parchman Prison, Mississippi’s notorious penitentiary and prison labor camp. 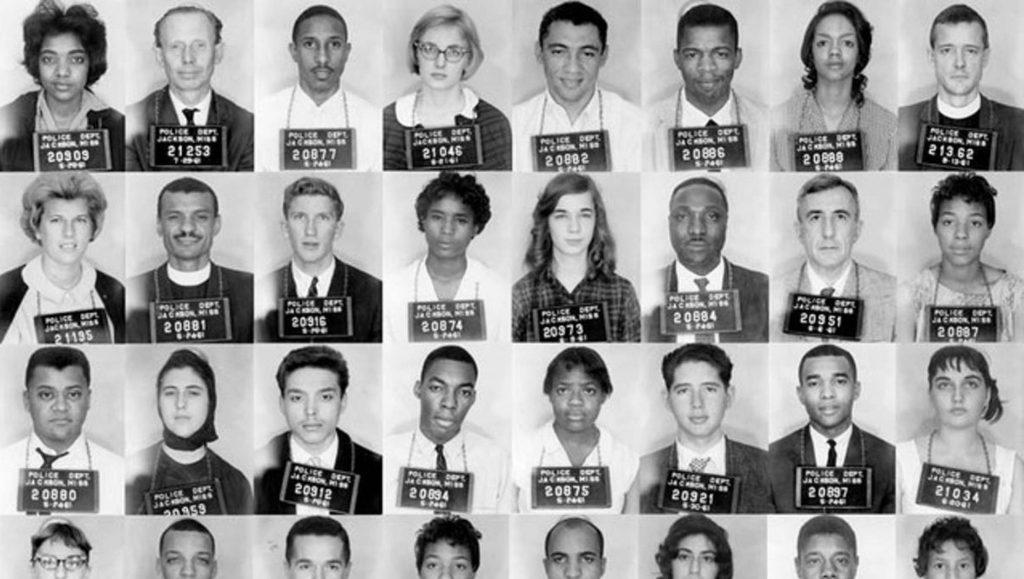 Mug shots of Freedom Riders after being arrested in Jackson, Mississippi, for their participation in the rides.
(Mississippi Department of Archives and History)

An overwhelming majority of Freedom Riders opted to serve their sentence rather than post bail as a part of their commitment to nonviolence. While in prison, the Freedom Riders held nonviolence training workshops and sang freedom songs to keep up their spirits. Between May and September 1961, more than 300 individuals from across the U.S. would come to Mississippi and be arrested in solidarity with the Freedom Riders.

The Freedom Riders were 436 ordinary people whose courage and sacrifice led the federal Interstate Commerce Commission to issue regulations to end segregated interstate bus travel beginning on November 1, 1961. The Freedom Riders risked their lives to try to bring justice and equality to all and changed the course of American history.

BY President BARACK OBAMA THE PRESIDENT OF THE UNITED STATES OF AMERICA – January 12, 2017