Hobson City is recognized as the first all-African American governed municipality in Alabama. Established in 1899 and located in Oxford, Alabama, the black settlement was known as Mooree Quarters. Although the city of Oxford socially excluded Mooree Quarters, the settlement was permitted to participate in city and county elections.

In 1899, Oxford’s mayor petitioned the state government to redraw the city’s corporate boundaries to exclude Mooree Quarters after an African American man was elected as a justice of the peace.

On July 20, 1899, the African American citizens of the excluded section petitioned the county court to incorporate Hobson City, which they named after the Spanish-American War hero Richmond Pearson Hobson. 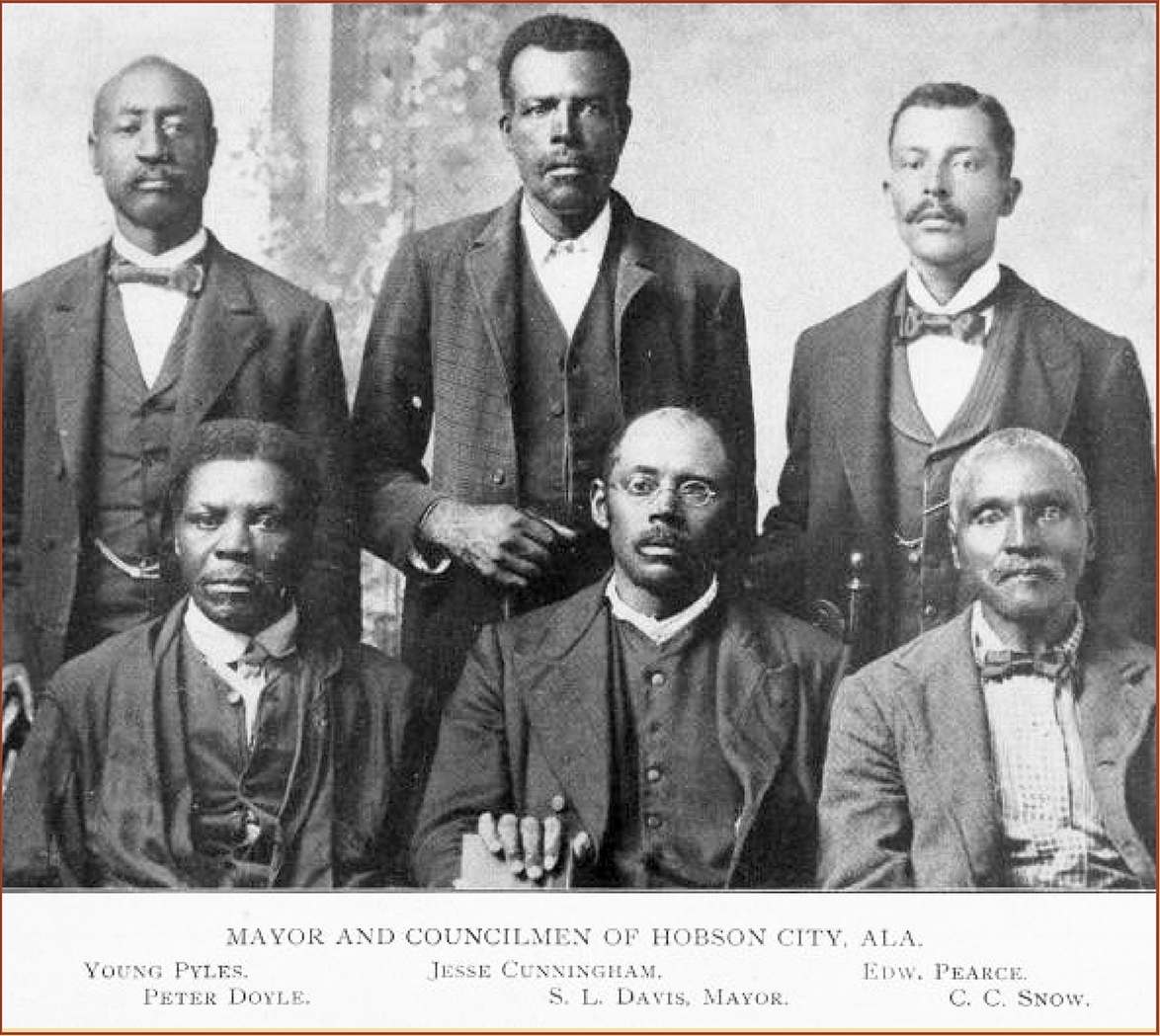 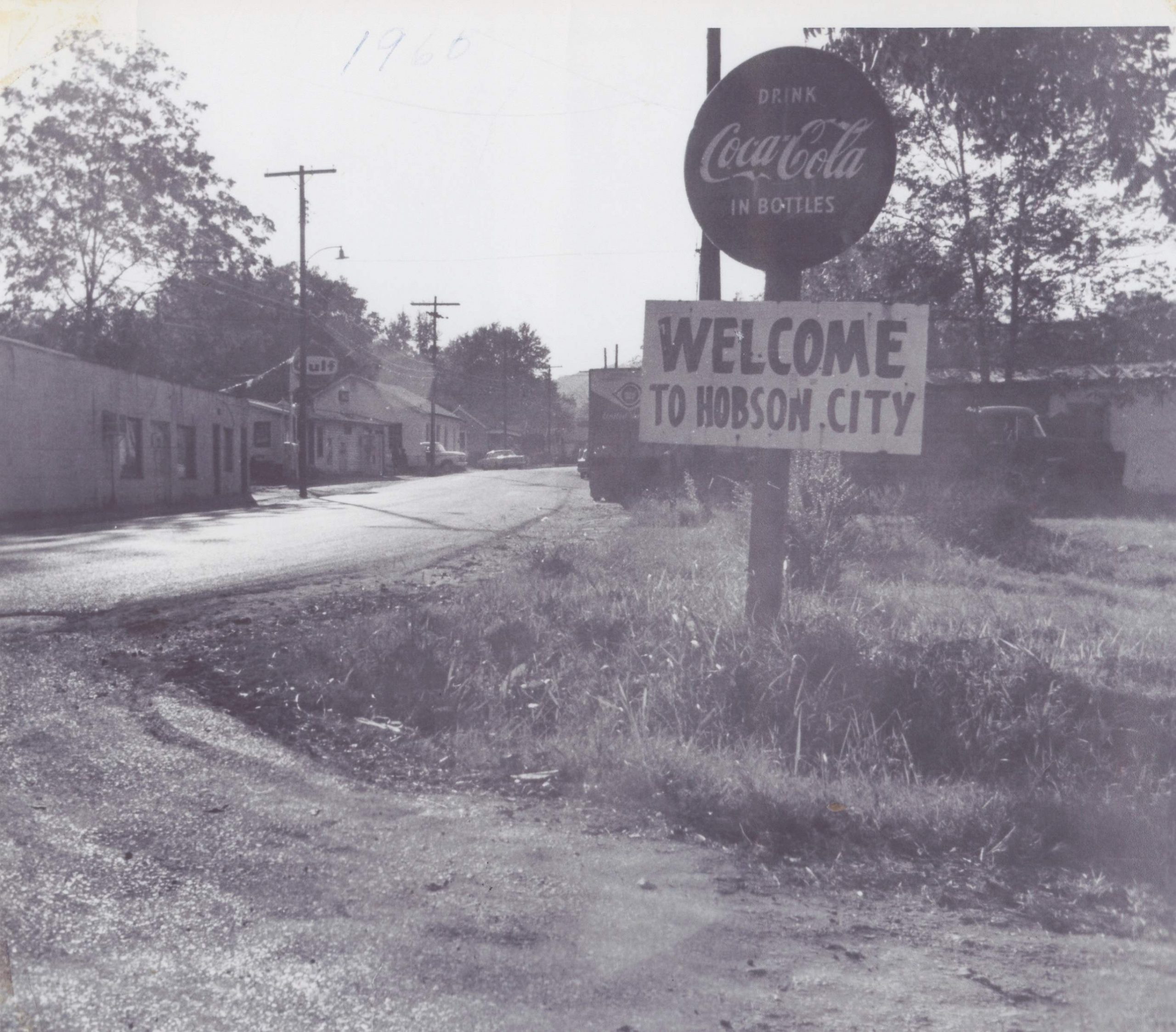 The main entrance of Hobson City, AL circa 1960’s.

In his speech, entitled “Founding of a Negro City,” he shared the methods of establishing and sustaining a Black municipality to professionals in attendance at the annual conference.  This gained Hobson City attention amongst Black communities across the nation.

Specifically, S.L Davis was able to get the attention of Booker T. Washington, who would later assist in the cities efforts of establishing a school for Blacks in Hobson City and neighboring rural communities.

In 1905, Professor Charles Edgar Hanna established the first school in Hobson City called the Hobson City and Oxford Academy. It served the community for over ten years until a fire destroyed the school building.

With the financial assistance of Rosenwald, the support of Booker T. Washington, and money raised by the Hobson City community, the Rosenwald structure was built in 1923. The school was renamed Calhoun County Training School, which gained recognition from the State and County for its bricklaying, carpentry, sewing, and bicycle mechanics. 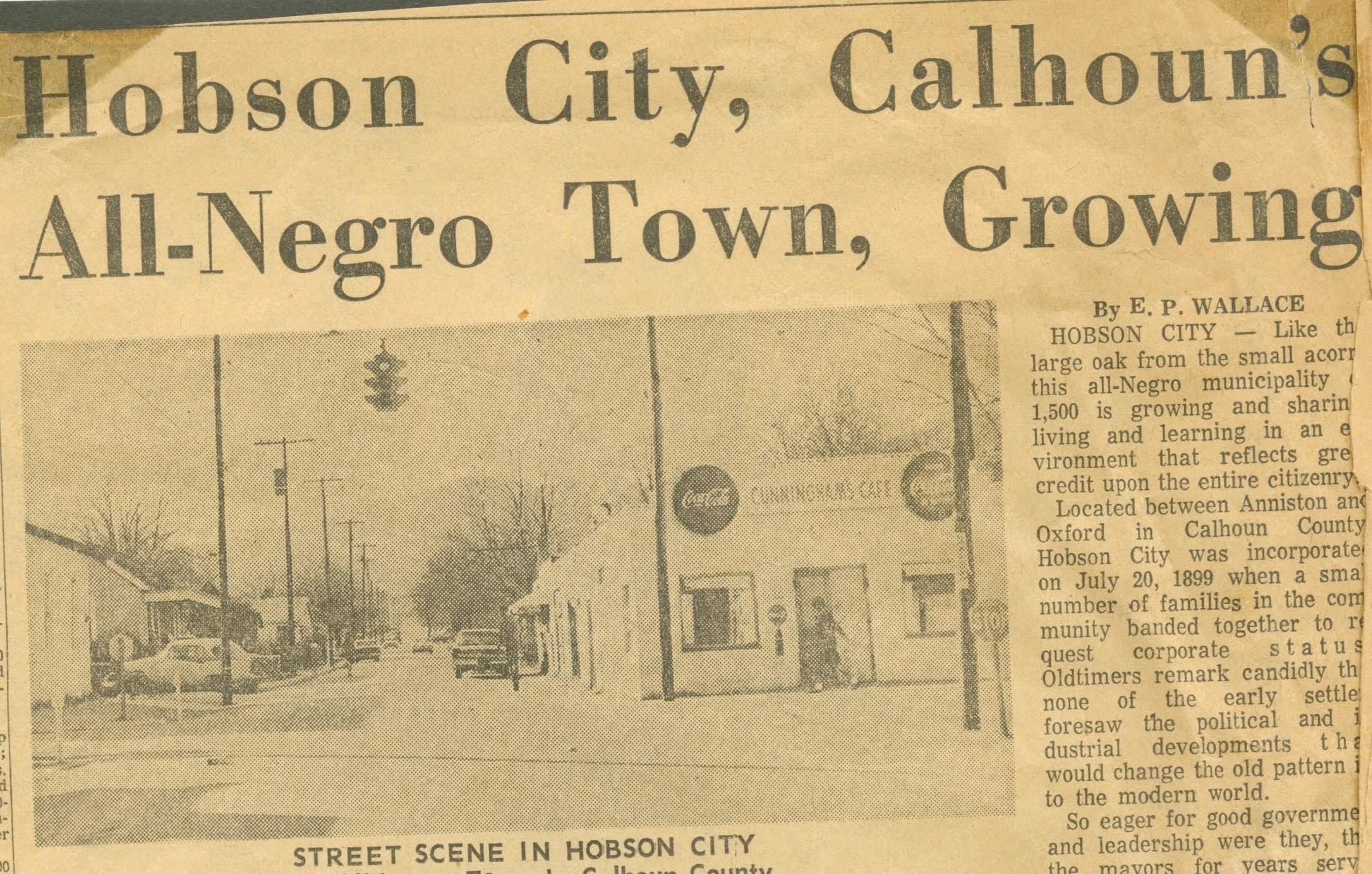 Anniston Star Newspaper is highlighting the progression of Hobson City, Alabama, in Mid-1960.

Over the decades, Hobson City experienced growth. There were developments of homes, businesses, recreational facilities, social clubs, and churches.

Left:  Grand opening of Hobson City’s City Hall building in May of 1980. Mayor Willie Maude Snow, the first female Mayor of Hobson City, cuts the ribbon in the opening ceremony.

Center: Mayor Judge L Stringer is shaking hands with Governor George Wallace (Mid-1970s), who was recently shot in Laurel, Maryland. Wallace survived but was paralyzed from the waist down for the rest of his life. Afterward, Wallace apologized for his pro-segregation stances and reached out to the black communities, such as Hobson City, to help the community efforts in building parks and facilities for the city.

Right:  Mayor Judge L. Stringer is talking with James Brown at a large Calhoun County Training School event. James Brown, along with other notable Black celebrities during this time, were genuine supporters of the town of Hobson City.

Unfortunately, the progression of Hobson City coexisted with the tension of segregation in the South. It was not until 1972 when the federal government forced the state of Alabama to integrate.

Due to the drastic changes in the 70s, Hobson City’s citizens began to experience a social and economic decline that has continued into the 21st century.

Despite the gradual decline since the 1970s, Hobson City still stands with unwavering pride under the leadership of Mayor Alberta McCrory.