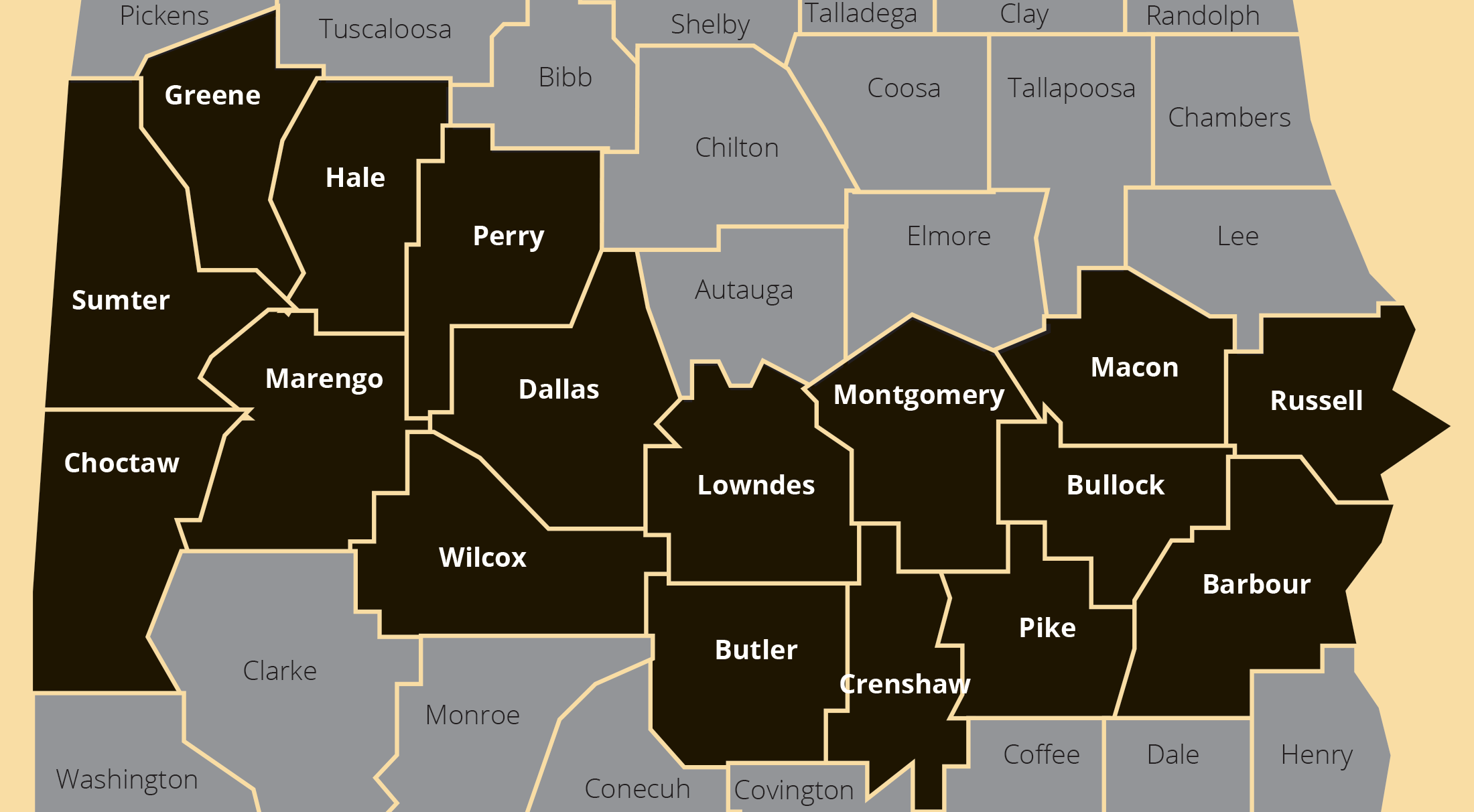 Prior to the Civil War, half of Alabama’s slaves were held captive within the Black Belt where the fruits of their labor made this one of the richest regions in the United States.

The wealth generated from this fertile land was one of the contributing factors that led to the secession movement in Alabama and the decision to join the Confederacy in 1861.

In the early 1900s, after years of poor land management, natural disasters, the Great Migration, and economic changes, the once wealthy and powerful Alabama Black Belt became one of poorest regions in the country.  Many parts of the region are still struggling with excessive poverty today. 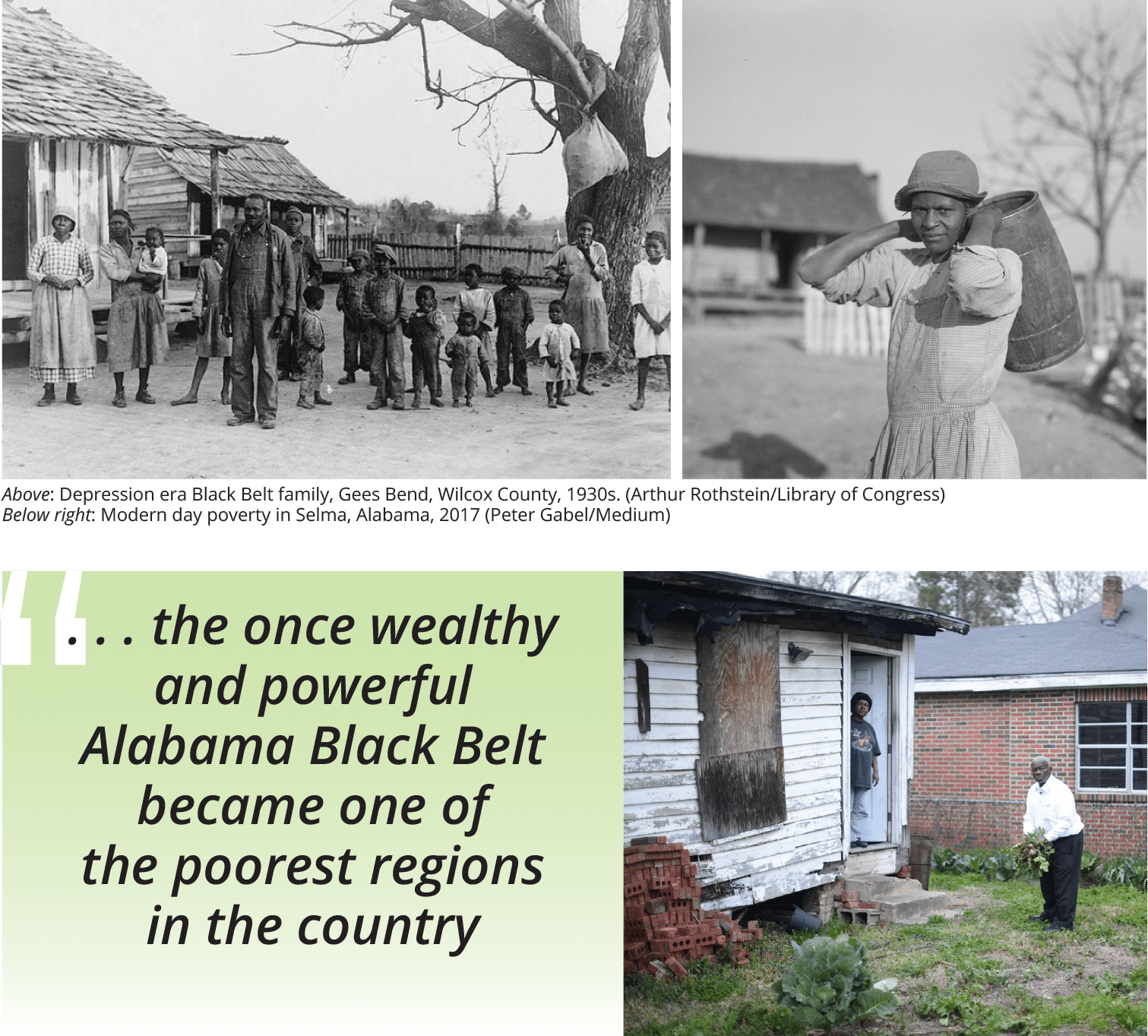 Ironically, the fertile soil that led to the rise of slavery in Alabama also served as the foundation for the Civil Rights Movement.

Towns and cities within the Black Belt such as Tuskegee, Marion, Selma, Hayneville, Eutaw, and Montgomery became flashpoints that led to the fall of segregation and many of the repressive laws enacted to suppress African American progress within the state.

The Selma to Montgomery March (Bloody Sunday) in March 1965

Despite slavery, restrictive laws, and numerous obstacles placed before African Americans in the Black Belt, many successfully pushed through these barriers and blazed a trial for all.

A few notable individuals and groups include:

UA Center for Economic Development: About the Black Belt