Wendell Wilkie Gunn was born on September 23, 1942, in Tuscumbia, Alabama. He was one of four children, whose father was a laborer and an officer in the local black Aluminum Workers International Union and his mother was a very talented cook.

He has described his early life as having benefitted from “a very good support system both from my parents and my extended family and just the community…we had a good life there…you grow up with them; you get used to them unil it becomes important to you.  So, it was a supportive atmosphere.”

Gunn attended Trenholm High School, which was a segregated K-12 institution in Tuscumbia.  He spent the last three years of high school at the Nashville Christian Institute, a private school in Tennessee.

After he graduated from high school in1960, Gunn enrolled in Tennessee State University, a historically-Black university in Nashville.  Graduating from college was always part of he and his family’s dreams.  “…it was not an option not to go.”

In the summer of 1963, Gunn considered enrolling at a college close to home, Florence State College, a white, coeducational public institution. He believed that a 1963 court order desegregating the University of Alabama in Tuscaloosa had resolved the integration issue of all state colleges in Alabama. Hence, in the summer of 1963, Gunn visited the Florence State campus to request an enrollment application. Eventually he was interviewed by the Dean of Students, Mr. Turner Allan, along with the president of the college Dr. E.B. Norton. Dr. Norton informed Gunn that under Alabama law he could not admit him as a student, but if he sued the college in federal court, they would be forced to admit him. 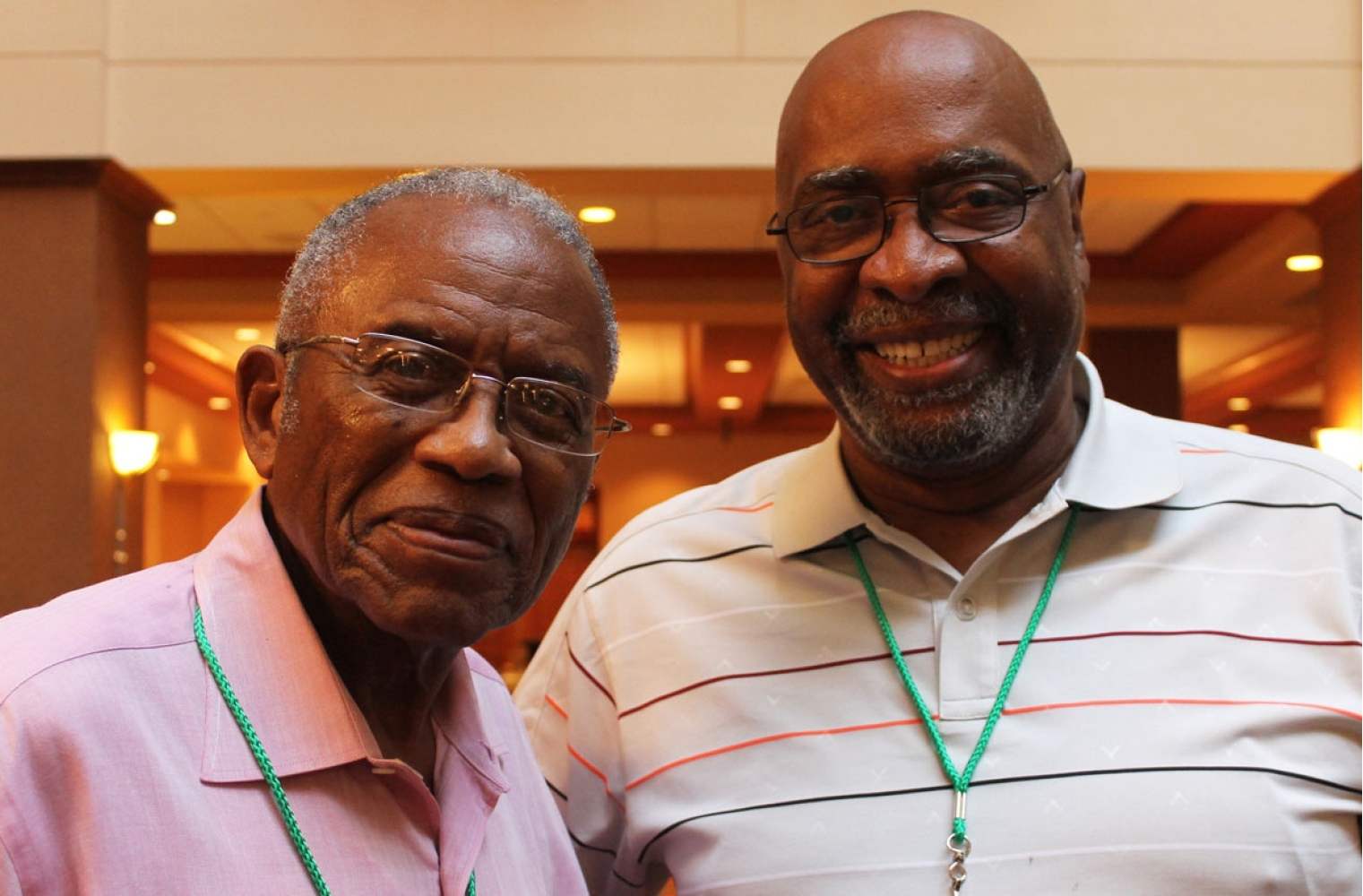 Gunn’s initial unsuccessful attempt to enroll at Florence State had been reported in the local newspapers, and the family received harassing phone calls, including threats of physical violence. Undeterred, Gunn enrolled at Florence State College on September 11, 1963. After registering for classes, the harassment to his family ceased: Gunn said, “it makes me think there was something special about the area.”

During his time at Florence State, Gunn lived at home in Tuscumbia. For the first few days of the semester, he was escorted from class to class by Dean Allan. Unlike the integration of colleges and universities elsewhere in the South, his enrollment proved to be uneventful.

Gunn has described the two years at Florence State as a “quiet time, really quiet time … no social life, so a lot of time to study! And so, I studied!” He lived on the margins of campus life: “Nobody was ever rude to me. They just walked to their classes, and I walked to mine. But you know, you live in a Southern town, and in a Southern town when you see people you say ‘Hello.’… there were a few hellos.”

At the end of his first year at Florence State, an incident at an awards day event signaled a shift in campus attitudes toward Wendell’s presence and marked a sharp contrast to his lack of social acceptance at the college. At the Honors Day Ceremony in 1964, his name was called in recognition of having achieved the highest grade point average in Physics. Unsure whether he should go forward and be recognized, students, faculty, and staff began to applaud, then stood, and he received a standing ovation from the entire assembly as he went to the stage to be acknowledged. 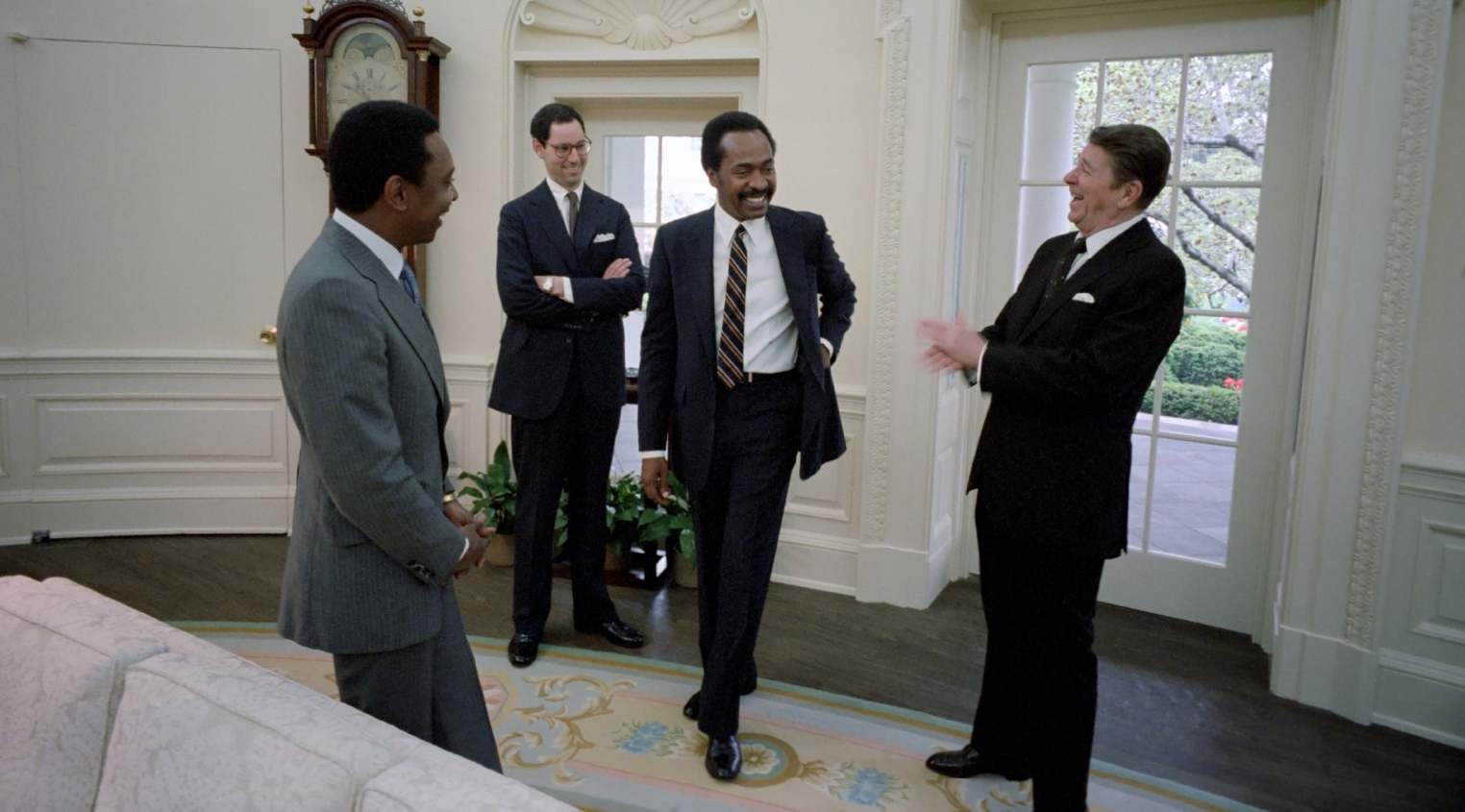 Wendell Gunn graduated from Florence State in 1965 with a Bachelor of Arts degree in Chemistry and Mathematics. His enrollment at Florence State permanently integrated the college, and two more African American students enrolled the year after his graduation. In 1971, Wendell Gunn earned his M.B.A. from the University of Chicago.

He would go on to work for:

During the 1976 presidential campaign, Gunn was inspired to write a letter criticizing then candidate Governor Ronald Reagan’s electoral strategy with minorities. That letter brought Wendell to the attention of Congressman Jack Kemp, who recruited him to work in the White House in 1982. He notes that although he initially turned down the offer to join the administration, he was later persuaded during a White House visit by a personal overture from President Reagan.

As a Special Assistant to the President for Policy Development, he served as Assistant Director for Commerce and Trade within the Office of Policy Development. He also served as Executive Secretary of the Cabinet Council on Commerce and Trade. He worked in the White House until 1984. Following service in the White House, Gunn worked as an economic consultant and was considered for an appointment to the Federal Reserve Board in 1985.

After the election of George H.W. Bush in 1988 and Jack Kemp’s appointment as Secretary of Housing and Urban Development, Wendell was chosen as Kemp’s Chief of Staff, a role he held until 1990. Afterwards, he became Vice President at MetLife Pension and Investments until 1996. After leaving MetLife, he founded and served as Managing Director of Gunn Solutions of Stamford, CT, an information technology consulting company to institutional investment managers.

In 2013, Wendell Gunn served as  the Convocation Speaker at his alma mater, the University of North Alabama (UNA) and participated in special events commemorating the integration of the institution 50 years earlier.

In 2017, he gave the commencement address at the spring graduation ceremonies at UNA and there he received an Honorary Doctorate of Humane Letters in recognition of his extraordinary lifetime achievements. The UNA Board of Trustees resolution awarding the Honorary Doctorate reads in part that “Gunn epitomizes the traits of perseverance and integrity that cross social, racial, and cultural backgrounds that the University desires for all students as a means to academic and future success.” 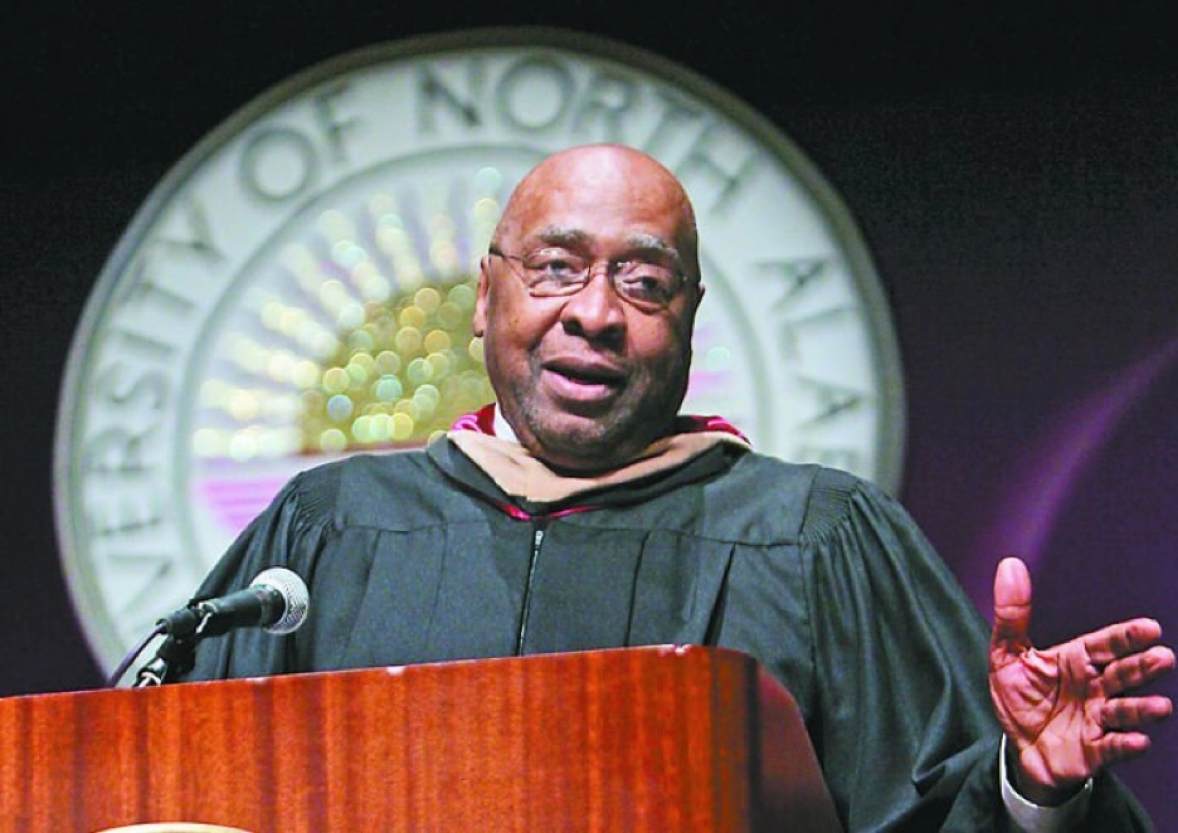 Currently, Gunn is married to Linda Jones Gunn. They have three children: Gregory, Kenneth, and Amanda and they all reside in Stamford, Connecticut.

Wendell W. Gunn at the dedication of a mural honoring his life and career, September, 2019. The mural is in the Collier Library on the campus of the University of North Alabama. (Florence Times Daily)