Charles Morgan Jr. was born in Cincinnati, Ohio, on March 11, 1930, and was raised in Kentucky. He moved with his family to Birmingham, Alabama at the age of 15. Morgan attended the University of Alabama, where he earned his law degree and met his wife, the former Camille Walpole.

His son, Charles Morgan III was born in Tuscaloosa in 1954. Morgan, Jr. moved his family to Birmingham after he graduated from law school in 1956 and lived there until 1963.

The day after the 16th Street Baptist Church bombing that killed four black girls in Birmingham on September 15, 1963, Charles Morgan, Jr. spoke out publicly at a lunch time meeting he was having with the Birmingham Young Men’s Business Club, in the middle of the city’s white establishment, to blame community leaders for their role in failing to stand up to the climate of racial hatred, stating that “Every person in this community who has in any way contributed during the past several years to the popularity of hatred is at least as guilty, or more so, than the demented fool who threw that bomb”.

Charles Morgan, Jr stated: “Four little girls were killed in Birmingham yesterday. A mad, remorseful worried community asks, ‘Who did it? Who threw that bomb? Was it a Negro or a white?’ The answer should be, ‘We all did it.’ Every last one of us is condemned for that crime and the bombing before it and a decade ago. We all did it.” Morgan accused Birmingham’s white leaders of nurturing the violent air of discrimination that already existed.

His statements harmed his legal practice and led to death threats against him and his family. These threats caused Morgan to have to close his law practice down and the family moved a month later – first to Washington, D.C. where he wrote the book A Time to Speak. The next year they moved to Atlanta, Ga. where they lived until 1972.

Above right: Morgan served on Muhammad Ali’s legal team appealing his conviction on draft evasion after Ali refused to serve during the Vietnam War. 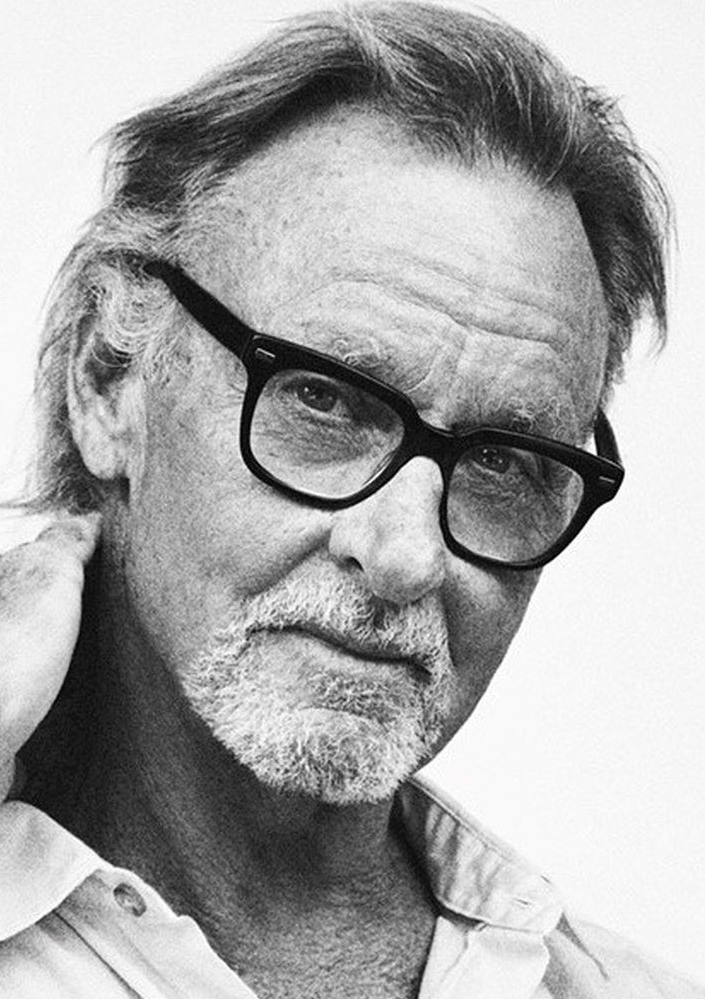 Charles Morgan III was educated at North Fulton High School, the University of the South (Sewanee), and the University of Alabama where he received a Master’s Degree in American Studies. He ran track in high school and college.

He obtained his Captains license from the U.S.C.G. in 1977, and moved to Destin, Florida and ran private sport fishing boats for many years. He started Harbor Docks, a restaurant and marina, in 1979. In addition to Harbor Docks, he and his children operate 15 restaurants in Florida, Alabama and Georgia. They also founded American Lunch, a 501-c3 that provides hot meals to people in need.

Charles and Carlotta Dean Morgan were married in 1979. They have four children and six grandchildren. Morgan and his family have been involved in numerous charitable, political, and social justice causes for nearly 50 years.

The Morgan Project offers a curriculum, titled Conflict and Courage, that is designed for grades four, six, seven, and 11, whose lessons and activities can be tailored to fit the schedules of different classrooms as well as out-of-school gatherings. The Conflict and Courage curriculum focuses on two intertwined events in Birmingham history that represent both concepts: the bombing of the Sixteenth Street Baptist Church on September 15, 1963, and the speech the next day, by Charles Morgan, Jr., publicly condemning all of white Birmingham for letting years of racism and abuse go unpunished. The speech became a book, A Time To Speak, which he wrote after threats to his family led him to leave Birmingham.

Encouraging students to use their own critical-thinking skills, The Morgan Project’s Conflict and Courage guides students and listeners to understand that conflict is an inevitable part of improving society, and that knowing how to handle conflict is a necessary part of supporting a healthy community. A Time To Speak is part of the curriculum, walking students through the people in Birmingham, the bombing and its aftermath. A Time To Speak was recently republished by the University of Alabama Press, featuring a foreword by Senator Doug Jones. 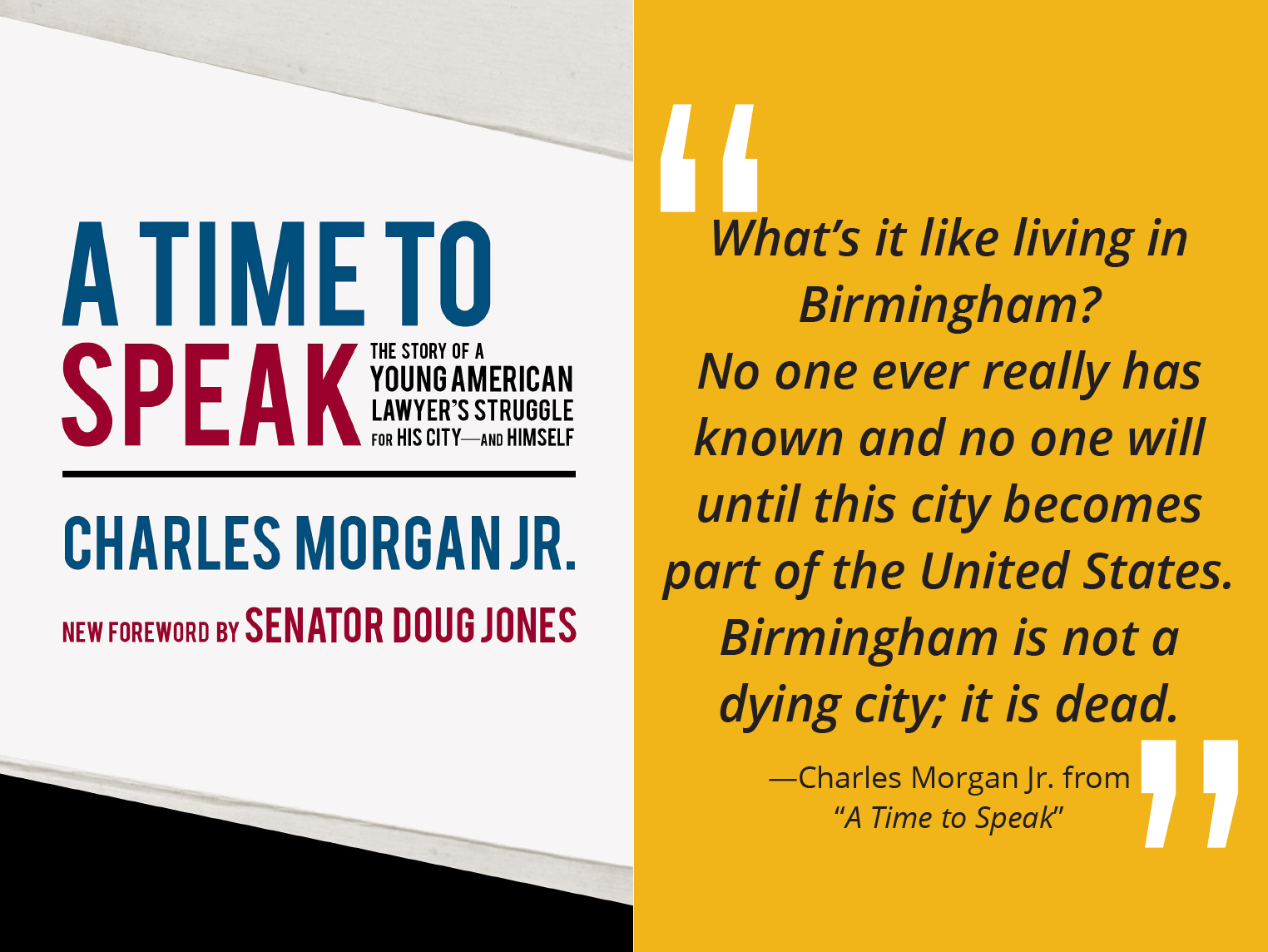 The book is available for purchase at:
http://www.uapress.ua.edu/product/Time-to-Speak,7782.aspx

Who was Charles Morgan Jr.?
https://www.morganproject.org/who-was-charles-morgan-jr

A Time to Speak: a speech by Charles Morgan