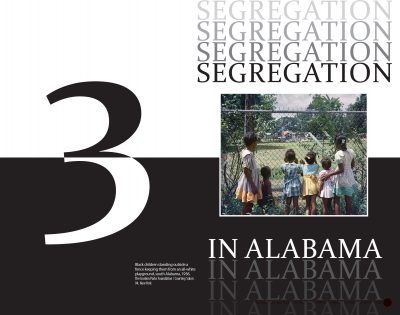 Following the Civil War, the nation tried to heal and reconstruct itself physically, emotionally, and politically.  In order to do this, it would take government intervention, especially as it related to protecting the rights of newly freed former enslaved Africans.

Historians differ on how long Reconstruction lasted.  Some contend that it lasted for the next 100 years until the passage of the Civil Rights Act of 1964.  For a fact, Reconstruction, as originally constituted, came to a screeching halt with the Compromise of 1877, which allowed Republican Rutherford B. Hayes to become president.

Officially, Reconstruction lasted from 1866-1877.  Unofficially, Reconstruction is still going on not only in Alabama, but in other states across the nation.  During Reconstruction, three very important Civil Rights Amendments were passed: the 13th, 14th and 15th Amendments.  By 1865 all the Southern states had ratified the 13th Amendment which ended slavery, except as punishment for a crime.  The 14th Amendment made African-Americans citizens and sought to provide equal protection of the law for the former slaves.  In reaction to the Black Codes, Congress, on July 9, 1868, passed the 14th Amendment granting citizenship to anyone born in the United States.  It also guaranteed equal protection under the law.  In addition to equal protection under the law for all citizens, the amendment also addresses what is called due process, which prevents citizens from being illegally deprived of life, liberty, or property.  Based on the Black Codes and the segregation laws that supported them, the equal protection and due process clauses of the 14th Amendment were necessary.  The 15th Amendment gave African-American men the right to vote.  To legislate these nation changing laws was one thing, to enforce them and guarantee equal protection of the law for all people is a different story, that as a nation, we are still writing.

Chapter 3 overview from The Future Emerges from the Past, Celebrating 200 Years of Alabama African American History & Culture.