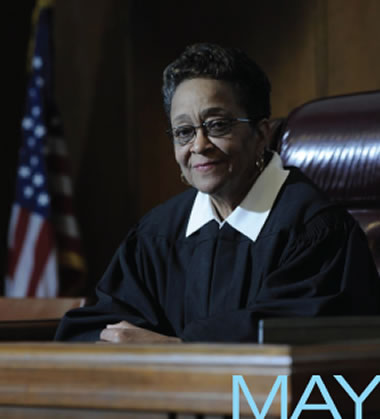 IN JANUARY 2003, THE HONORABLE HELEN SHORES LEE was appointed Circuit Judge of the Tenth Judicial Court of Alabama, becoming the first African American woman to serve in the civil division of Jefferson County Circuit Court.  Judge Lee’s desire to ensure equal justice for all was shaped by the events she witnessed and experienced growing up in Birmingham, Alabama during the racially charged 1960’s and highlighted in the book “The Gentle Giant of Dynamite Hill, the Untold Story of Arthur Shores and His Family’s Civil Rights,” which she co-authored with her sister Barbara Shores.

As the daughter of a prominent Civil Rights Attorney, Arthur Shores, Judge Lee’s safety was always in danger. Between 1947 and 1965, approximately 50 dynamite explosions targeted at African Americans were detonated in Birmingham, earning the city the nickname “Bombingham.” The Smithfield neighborhood where the Shores family lived, was targeted by the Ku Klux Klan so many times it was called “Dynamite Hill.” In addition to bullets being shot at their home, within a 2 week period during the summer of 1963, the Shores’ home was bombed twice, injuring Lee’s mother, Theodora, and killing the family’s pet.

Despite growing up with the constant threats and acts of violence targeted at the Shores family, Lee graduated from A.H. Parker High School and went on to receive her Bachelor of Arts in Psychology from Fisk University in Nashville, Tennessee and her Masters of Arts in Clinical Psychology from Pepperdine University in Los Angeles, California. After many years as a practicing clinical psychologist, Lee decided to follow in her father’s footsteps, and in 1987 she earned her Juris Doctorate from Samford University, Cumberland School of Law in Birmingham, Alabama. After receiving her law degree, Lee began practicing law in Birmingham with her father. From 1996-2000 she served on the Alabama State Ethics Commission, and as its chairwoman from 1999-2000. 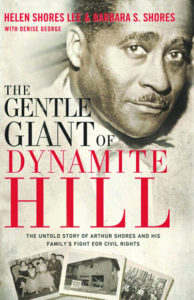 In 2013, Lee was honored by the YWCA of Central Alabama with the Jeana P. Hosch Woman of Valor for her decades of commitment to civil rights and service to the community. In 2014, she was named Samford University Alumnus of the Year. In addition to her desire to make sure the scales of justice are balanced, Lee’s commitment to her community is exemplified by the boards she serves on such as Blue Cross Blue Shield of Alabama, Camp Fire Inc., United Cerebral Palsy, and the American Red Cross. She also is a trustee of Leadership Birmingham and chair of the advisory council of the University of Alabama at Birmingham’s Minority Health and Research Center. Lee is also a member of the Cumberland School of Law Advisory Board.

“As a child, I learned from my parents early the importance of giving back to the community.  As an adult, I have found that giving of your time and service can be one of the most rewarding experiences in life. If I am to promote the welfare of my community and make my city a better place to live, then I must get involved and I must give of my time, my service, and myself for the benefit of others. This is the model I follow in my professional career and personal life.” – Helen Shores Lee.