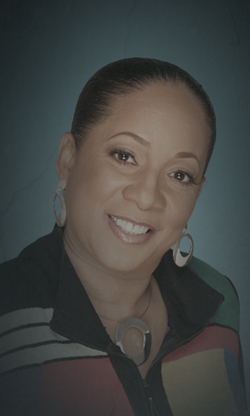 Sheyann Webb-Christburg was born on February 17, 1956, in Selma, Alabama.  A voice for justice, equality, and self-achievement, Webb-Christburg is a humanitarian, civil rights activist, mentor, and youth advocate.  Dr. Martin Luther King, Jr. named her the “Smallest Freedom Fighter”.  She is the co-author of Selma, Lord, Selma: Girlhood Memories of the Civil Rights Days.  In 2000, the NAACP Image Awards nominated Selma, Lord, Selma, the 1999 Disney TV Movie based on her book, for Best Television Mini Series.  The movie depicts her childhood experiences as one of the youngest activists during the civil rights movement in 1960s Selma and her interactions with civil rights leaders.

At age eight, Webb-Christburg would sneak out of her house to attend meetings and often led the congregation in singing freedom songs.  She was the youngest participant to take part in the historic first-attempted march from Selma to Montgomery known as “Bloody Sunday”.

Webb-Christburg attended a segregated public school in Dallas County, Alabama until junior high when she became one of the first African Americans to integrate an all-white school. Her junior high years were among her most horrific. She was pushed down stairs, called bad names, suspended from school, and spat on, while school administrators took no action.

Because of Webb-Christburg’s numerous encounters with racism and poverty, she has dedicated her life to assisting American youth in building self-esteem and confidence, overcoming adversity, and finding real purpose in their lives.  Her commitment to these goals began in 1980 when she founded KEEP Productions Youth Development Mentoring and Modeling Program. This program is designed for youth ages two through eighteen to enhance their personal growth and develop leadership skills and individual talents.  She has helped many youth gain the confidence to break out of non-productive patterns and reach for success.  She also works with adult models ages 19 and up.

Webb-Christburg speaks to various groups, organizations, and particularly youth across the country.  She serves as a beauty pageant, fashion, and wedding consultant. She has worked as Minuet and Waltz Choreographer for Debutante Cotillions in Alabama and Georgia for over twenty-eight years.

Webb-Christburg has appeared on The Oprah Winfrey Show, Good Morning America, The Tom Joyner Morning Show, and other major media Radio and T. V. Talk Shows.  She is also featured in the PBS documentary, “Eyes on the Prize”.  She has received numerous civic and community service awards in the State of Alabama and abroad.  Webb-Christburg is a 1979 graduate of Tuskegee University.