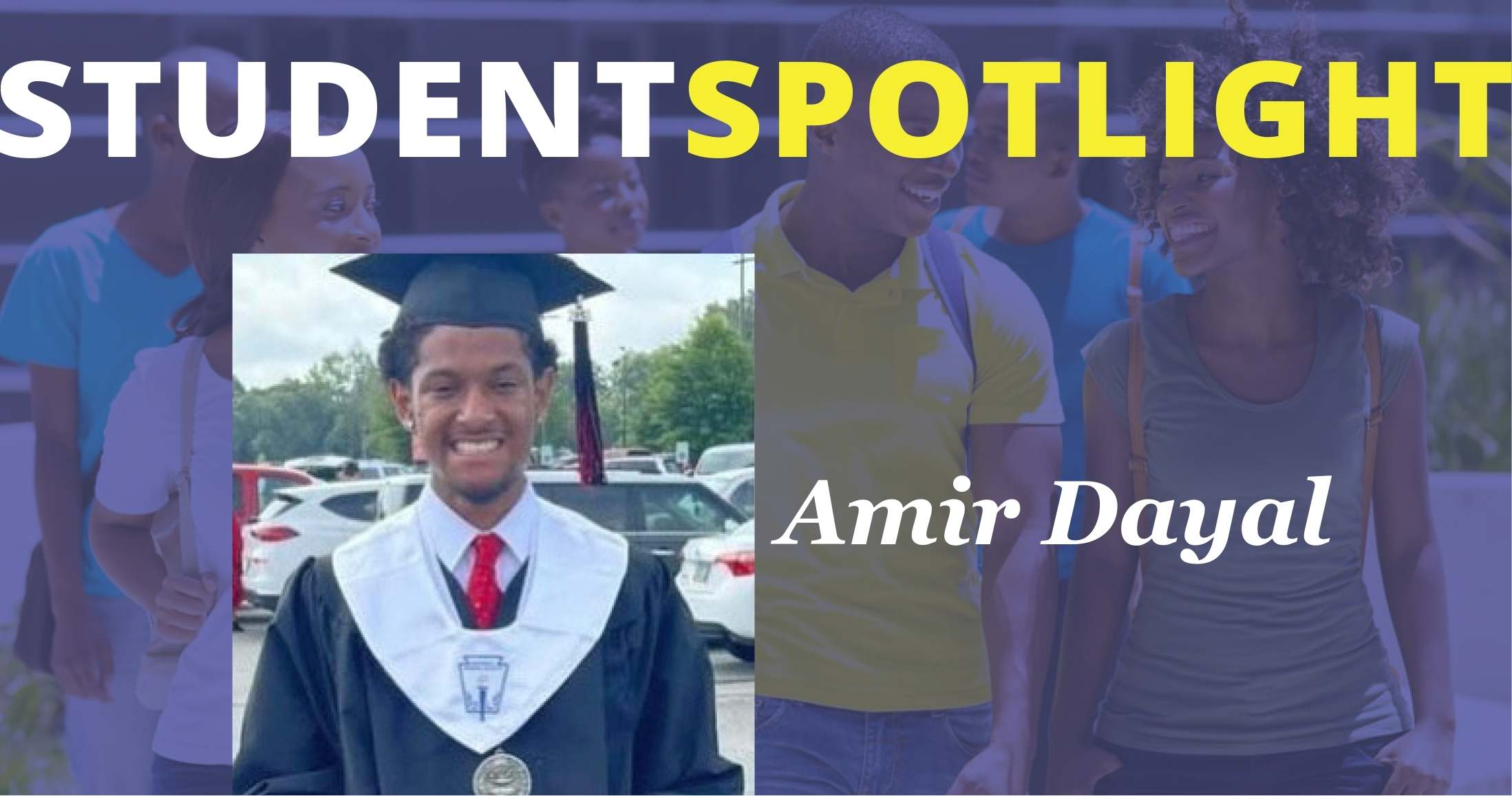 Amir Dayal is an outstanding young man who showed amazing promise as a high school student.  Although he lives in Georgia he has strong ties to Huntsville, Alabama through his grandparents who lived there for several years.  His aunt currently lives there.  Their support and encouragement has been a driving force throughout his life

Amir attended Alexander High School located in Douglasville, Georgia. He graduated with 3.96 Grade Point Average while taking advanced and college courses. In addition, he was an outstanding track and field athlete who won a state championship.

Amir leads by example in his community by being an all-around person who younger students can view as a role model.

Amir took on many challenges during the current pandemic that has impacted the entire world.

Amir is more than a state championship winning athlete. He was a member of the National Honor Society, participated in a local leadership organization for youth, and was a member of Distributive Education Clubs of America (DECA) where he learned valuable leadership skills that will help him in the future.

Amir is a well-rounded individual who was rewarded for his scholarly and athletic abilities by receiving an athletic scholarship to Augusta University in Augusta, Georgia.  There he will participate in the cross-country track and field team while majoring in Cyber Security.

His past performance as a student and athlete shows that the sky is the limit for his potential. Amir is the type of young man that society is looking for to lead others in the 21st Century.