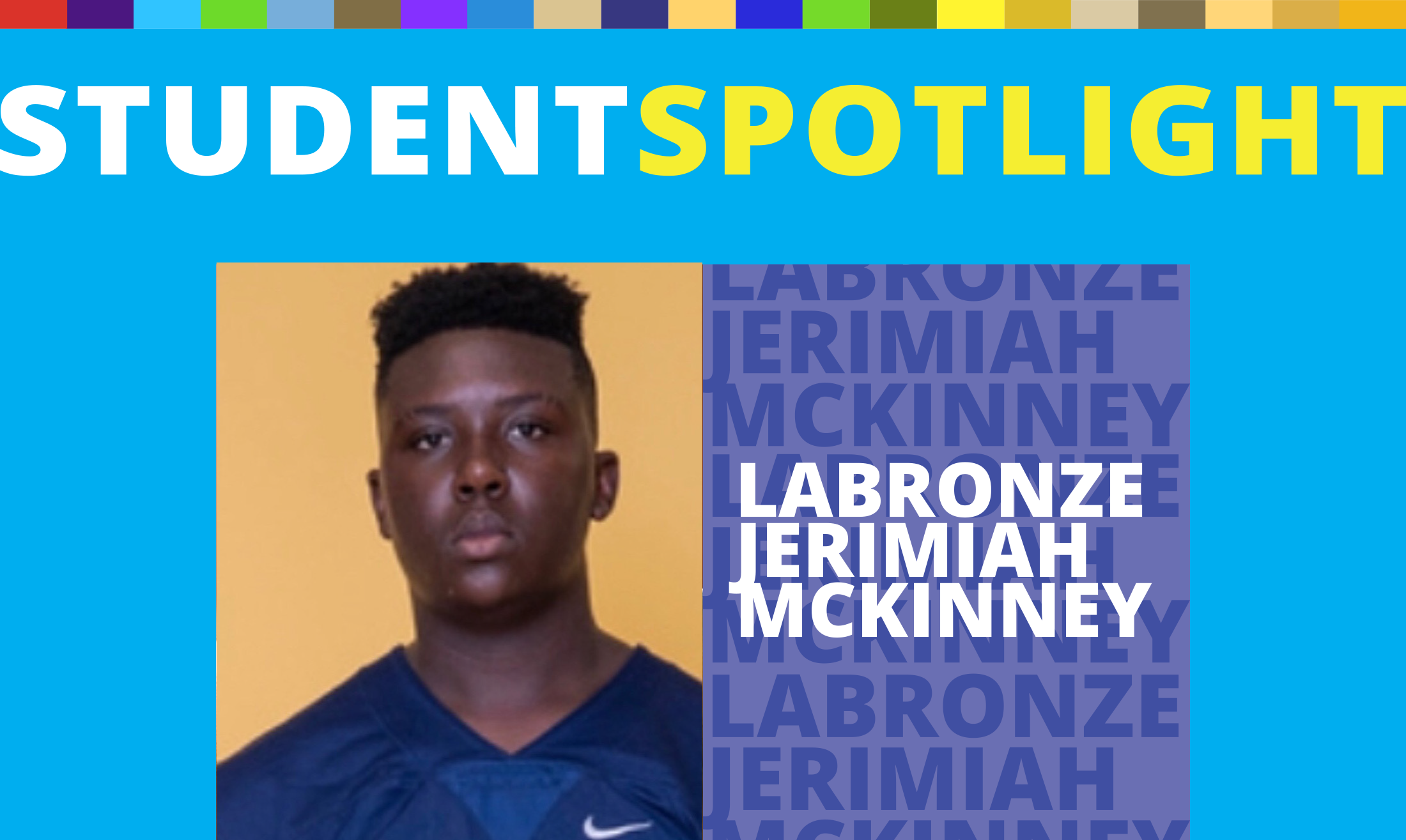 LaBronze Jerimiah McKinney is a freshman student at Paul Bryant High School located in Tuscaloosa Alabama. LaBronze has shown outstanding potential for his young age. He has maintained the Honor Roll status throughout his educational career which should assist him as he pursues his personal goals as a student-athlete and performing arts student. Also, he has shown his entrepreneurial spirit in his community.

LaBronze is an active participant in school activities that have given him an opportunity to showcase his abilities. He has performed in school plays and choirs. He has been featured as a solo singing artist on several occasions and played important roles in some of Shakespeare’s most dramatic plays at his school. These types of activities show his range of abilities as a singer and actor in the performing arts.

LaBronze has chosen to play football while enrolled in high school. His coaches have seen his potential as he will play a major role on his team’s offensive line. He has shown his entrepreneurial spirit throughout the community by washing and detailing vehicles and performing hands-on jobs that allow him to learn the importance of financial responsibility. He also volunteers in the community as seen by his working with a youth leader to prepare a baseball field that younger children would eventually use for physical activities.

LaBronze has the potential to be a productive young man. His academic, athletic, and social skills will be enhanced as he continues his academic and athletic journey. He has chosen a path in life that will lead to his goal of becoming an attorney. Upon reaching his goal of being an attorney, he will be able to help the community by serving them in a manner that will be ethical and moral in all matters.