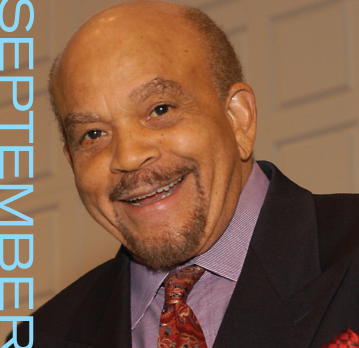 Alabama Jazz Hall of Famer has had distinguished career as performer, educator and writer

DR. WILLIE RUFF, THE RECENTLY RETIRED YALE SCHOOL OF MUSIC PROFESSOR and founder of the Duke Ellington Fellowship at Yale, is a musician, writer and educator of wide-ranging interests and influences. Ruff was born and raised in Sheffield, Alabama, a city across the river from Florence, Alabama, the birthplace of W. C. Handy, the “father of the blues.” As a six-year-old second grader, Ruff met Handy and was excited to shake his hand, many years later he became one of the founders of the W. C. Handy Music Festival in Florence, Alabama. In 1991, Ruff published A Call to Assembly: The Autobiography of a Musical Storyteller, a critically acclaimed memoir for which he won The American Society of Composers, Authors and Publishers (ASCAP) Deems Taylor Award for Music Writing. In 1994, he was inducted into the Alabama Jazz Hall of Fame, and in 2001, he was elected an International Horn Society Honorary Member. Ruff received the Connecticut Governor’s Arts Award in 2000 for his work with the Duke Ellington Fellowship Program. In 2013, Ruff was awarded with the Sanford Medal. The Sanford Medal is the highest honor from Yale University’s School of Music.

After becoming a modestly competent drummer and “Boogie Woogie” piano player, Ruff lied about his age and enlisted in an army band at 14. Failing to keep up with the older professionals there, he was summarily fired. But, having noticed that competent French horn players are always in high demand, he talked his bandmaster into letting him learn that unforgiving child-killer instrument. By the time he was sixteen, he was good enough to be accepted into the 766 Army Air Corps band in Columbus Ohio among the famed Tuskegee Airmen. There he met the resident nineteen year old piano playing genius named Ivory Dwike Mitchell who taught him to play the bass fiddle. 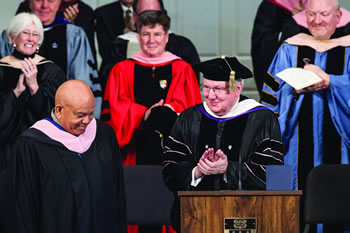 While in the Army, Ruff and Mitchell formed a duo that lasted throughout their entire military stint. Only when both musicians got out of the army did they part ways. Following his military service, Ruff completed his bachelor of music degree in 1953 and his master of music degree in 1954. As fate would have it when both men completed their educations, Ruff at the Yale School of Music, and Mitchell at the Philadelphia Musical Academy, they re-united in Lionel Hampton’s band. In 1955, the two friends struck out on their own as the Mitchell-Ruff Duo, working the U.S. nightclub and concert circuits, often as the opening attraction for luminaries such as Louis Armstrong, Duke Ellington, Miles Davis, Count Basie, Sarah Vaughn, and Dizzy Gillespie. Later they began recording and introducing jazz to new audiences, from Russia to China and beyond. The duo performed off and on for more than 50 years. With the death of Dwike Mitchell in 2012, Ruff refocused his efforts on teaching, make musical documentaries, and appearing on the global concert and lecture circuit, which he continues today.