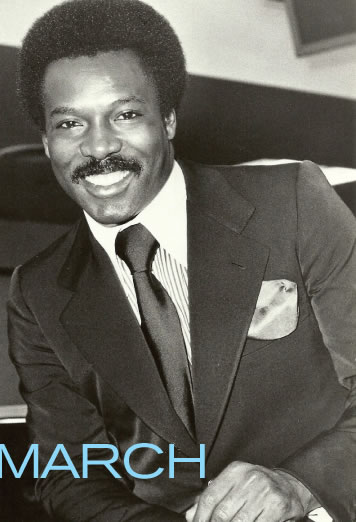 WILSON PICKETT WAS A RHYTHM & BLUES and rock & roll singer/songwriter. A major figure in the development of American soul music, Pickett recorded over 50 songs, which made the US R&B charts, and frequently crossed over to the US Billboard Hot 100. Among his best known hits are “In the Midnight Hour,” which he co-wrote, “Land of 1,000 Dances,” “Mustang Sally,” and “Funky Broadway.” The impact of Pickett’s songwriting and recording led to his 1991 induction into the Rock and Roll Hall of Fame, and in 1993, he was honored with a Pioneer Award by the Rhythm and Blues Foundation.

Pickett, the fourth of 11 children, was born March 18, 1941 in Prattville, Alabama. In 1955, he left Alabama to live with his father in Detroit, Michigan where he joined the Violinaires, a gospel music group. After singing for four years with the Violinaires, Pickett, following the success of other gospel singers of the day, left gospel music for the more lucrative secular music market and joined the Falcons in 1959.

Pickett’s biggest hit with The Falcons came in 1962, when “I Found a Love” peaked at #6 on the R&B chart, and at #75 on the Hot 100. Soon after recording “I Found a Love,” Pickett cut his first solo recordings, including “I’m Gonna Cry.” Pickett’s first big success as a solo artist came with “It’s Too Late,” entering the charts on July 27, 1963. It eventually peaked at #7 on the R&B and #49 on the Pop charts. In 1964, Pickett signed with Atlantic Records and the next year recorded his smash hit “In the Midnight Hour,” at Stax Records’ recording studio in Memphis, Tennessee. The chart topping song hit #1 on R&B chart, #21 on the Pop chart, and #12 in the UK. It sold over one million copies, and was awarded a gold disc.

In December 1965, Pickett moved from Stax recording studio in Memphis to Fame Studios, located in Muscle Shoals, Alabama.  There he recorded some of his biggest hits, including the highest charting version of “Land of 1,000 Dances,” which became Pickett’s third # 1 R&B record, and his biggest pop hit, peaking at #6, also selling a million copies. Other big hits from this era in Pickett’s career included “Mustang Sally” (reaching #6 on the R&B chart), and “Funky Broadway” (#1 R&B, #8 Pop). Both tracks sold a million copies. Throughout the remainder of the 1960s into the early 70s, Pickett kept churning out hit records, including million sellers “Don’t Let the Green Grass Fool You” and “Don’t Knock My Love, Part 1.” 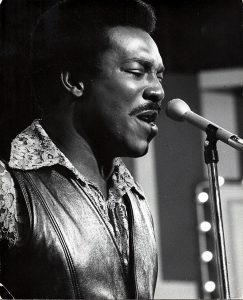 Pickett was a prolific songwriter, and his songs were recorded by artists like Led Zeppelin, Van Halen, The Rolling Stones, Aerosmith, The Grateful Dead, Booker T. & the MGs, Genesis, Creedence Clearwater Revival, Hootie & the Blowfish, Echo & the Bunnymen, Roxy Music, Bruce Springsteen, Los Lobos, The Jam, and Ani DiFranco, among others.

Outside of music, Pickett’s personal life was troubled with drug and alcohol abuse. In 1993, Pickett accidently struck an 86-year-old pedestrian, who died later that year.  Pickett pled guilty to driving under the influence charges and received a reduced sentence of one year in jail and five years’ probation.

Pickett spent the twilight of his career performing dozens of concerts a year until 2004, when he developed health problems. While in the hospital, he returned to his spiritual roots and told his sister that he wanted to record a gospel album. However, his declining health prevented him from recording that album.

In 2005, Pickett was inducted into the Michigan Rock and Roll Legends Hall of Fame, and his recording of “Mustang Sally” was voted a Legendary Michigan Song in 2007. Pickett died from a heart attack on January 19, 2006, in Reston, Virginia.