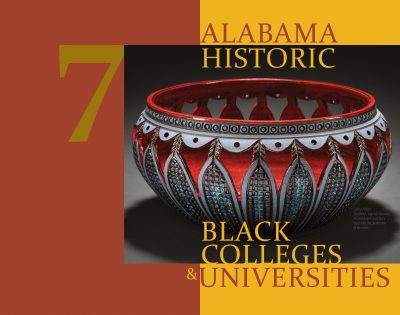 Please click here to read chapter in its entirety.

In the Higher Education Act of 1965 (HEA)—part of President Lyndon B. Johnson’s Great Society domestic agenda—Congress officially defined a Historically Black College and University (HBCU) as a school of higher learning established before 1964, accredited by a government sanctioned national agency or association and whose principal mission was the education of African Americans.  However, as we all know HBCUs are so much more.

After the Civil War, most institutions of higher learning still barred African Americans from matriculating, and in southern states, this practice continued for another 100 years through Jim Crow laws. In 1896, the Supreme Court ruled in the landmark case, Plessy v. Ferguson, that racially segregated public facilities were legally permissible provided they were equal in quality. This “separate but equal” doctrine legalized segregation in schools.

With limited access to institutions of higher learning, Historically Black Colleges and Universities were founded to provide African Americans the opportunity to develop the skills and talents necessary to pursue what the founding fathers said so eloquently in the Declaration of Independence:  “We hold these truths to be self-evident, that all men are created equal, that they are endowed by their Creator with certain unalienable Rights, that among these are Life, Liberty and the pursuit of Happiness.”

Today’s Historically Black Colleges and Universities offer all students, regardless of race, an opportunity to develop their skills and talents and explore new frontiers that are currently only found in our dreams.  Of the current 101 accredited public and private HBCUs, Alabama has 14 institutions, more than any other state or territory.

This chapter highlights all 16 Alabama HBCUs, (including Concordia College 1922-2018 and Daniel Payne College 1899-1979), their origins, distinguished alumni and the indelible impact on the communities they serve.  Without these historic centers of knowledge, excellence and creativity, many discoveries, inventions, works of art and global movements might not have happened.

From The Future Emerges from the Past, Celebrating 200 Years of Alabama African American History & Culture.